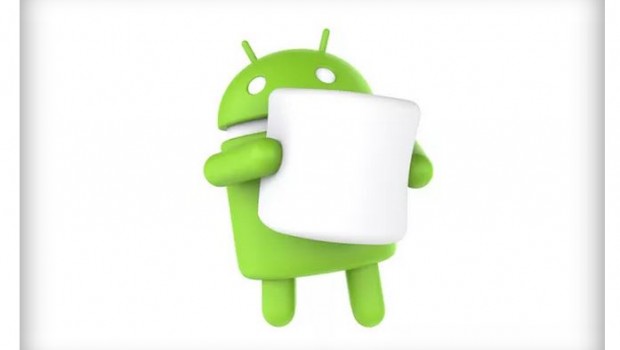 This past week wasn’t as big as the prior week, but definitely some interesting news this week – let’s get to it!

– Google just posted this morning a picture of a new Android statue announcing that the next version of Android, Android ‘M’, will be called Android Marshmallow!  While we expect an official announcement soon, it is also known that the next version of Android will be Android 6.0.  If you have a Nexus 5, 6 , 9 or a Nexus Player then head on over to the Android Developer website to grab the official developer SDK!

– Larry Page of Google announced, in a post viewable here, that Google will be restructuring and putting themselves under a bigger company called Alphabet.  Alphabet will be run by Larry Page as CEO and Sergey Brin as President while Google will officially be run by Sundar Pichai.  As a result of this restructuring Google Search, Advertising, Maps, Apps, YouTube, and Android will stay apart of Google while Calico (biotech research), Nest, Fiber, Ventures and Capital (early and growth-stage investing) and X-Lab will separate from Google to become their own companies under Alphabet.  According to Page, this restructure will allow them to improve the lives of as many people as they can by “getting more ambitious things done through greater focus” on each individual company.

– With another week, we have even more rumors and leaks of the upcoming Moto 360 2015 version.  A recent listing on Anatel’s website had two new Motorola devices labeled the 360S and the 360L.  With this listing we can infer that there will possibly be two models of the new Moto 360.  According to the listing, the 360S will have a 270mAh battery while the 360L will have a 375mAh battery.  In addition to the different battery sizes the ‘S’ and ‘L’ could possibly stand for “small” and “large” versions or even “steel” and “leather” versions.  Unfortunately, in a promo video posted by Motorola, we can see what appears to be a new Moto 360 that still has the ‘flat tire’ screen.  Additionally, this video showed the side button in the 2 o’clock position instead of the 3 o’clock and it also shows an integrated lug system for the bands instead of the external lug system of most watches.  Hit up the source to see a picture from the video which was recently removed!

– Google has been doing a great job improving Android Wear and it appears the OS is going to get even better in the next update.  According to Android Police, who dove into the latest Android Wear APK, the new update will include interactive watch faces.  This allows you to use watch faces that let you quickly change the look of your screen, pull up more information or even send a message with just a few taps.  Android Wear is also getting a new watch face option called ‘Together’.  This watch face basically connects you and one other person so you always know what they are doing by showing the person’s face in a small bubble next to an icon of their current activity.  Hit up the source to see images of what I’m talking about!

– Some more smartwatch news – Huawei announced their premium-looking watch back in March, but it appears the U.S. launch in getting very close!  With a new product page for the device recently posted, where you can be sign up to be notified of its arrival, and the device’s recent stop at the FCC it is clear that it is coming soon.  This device will come with a 1.4-inch AMOLED display, 1.2 GHz Qualcomm processor, 4GB ROM, 512MB RAM and a 300mAh battery.

– Earlier this year Google released the Pixel V1 – a $185 phone to be a higher-end device in their Android One initiative to bring smartphones to everyone.  While this device packed some pretty good specs for the price, it is still too expensive which is why Google is pledging to get the cost of a smartphone down to just $50.  While this is an amazing price point and would truly help spread the joys and handiness of smartphones around the globe, what can you expect to get in such a device?  Engadget actually did a great job in this post breaking down how much each component of the device would have to cost to make.  With this they say that the phone would probably have a 4 to 4.5-inch FWVGA (854 x 480) display, a processor by someone like Mediatek or Allwinner, about 1GB of RAM, 4GB of ROM, a 1,600mAh battery and a 5MP rear camera.  So what do you think?  Is a $50 smartphone worth the effort to make?

– Google has been working on Project Ara, the modular smartphone, for quite some time now and their previous plan was to test the device first in Puerto Rico.  Unfortunately, Google recently announced that they will not be testing in Puerto Rico, but they also told us not to worry as Project Ara is not going away.  Perhaps this delay in testing is due to Google’s recent restructure, but regardless, I wonder how long it will be till Project Ara becomes a reality in the U.S.

– Google recently launched Android Experiments which is the mobile apps counterpart to Google’s Chrome Experiments site.  The idea behind this site is to showcase Android and Android Wear apps that use new and cutting-edge technology, aesthetics and interfaces.  All of the apps showcased on this site will be open source so that other developers can see how they were made and learn from these experiments.  Apparently open source never quite caught on in the mobile apps world which is why Google has created this site to make things easier for newer developers and in the end make a better experience for the user.

– Apple hasn’t upgraded their Magic Mouse since 2009 and the Wireless Keyboard is even older than that which, while I do think these are beautiful pieces of tech, is why they need an upgrade.  Just recently the Magic Mouse 2 and an upgraded Wireless Keyboard from Apple have shown up at the FCC.  We don’t know much about possible external design changes, but it appears that the devices are going from Bluetooth 2.0 to the more efficient Bluetooth 4.2.  Additionally, it looks like they may be ditching the AA batteries in these products for built-in lithium-ion battery packs.

– There was a lot of talk of a subscription TV service from Apple that would be unveiled next month, but it appears those wanting to get their movies and TV shows from Apple will have to wait till at least next year.  This is due to a lack of progress in securing licensing deals from content providers such as TV networks.  When this service does get announced, it will offer programming from about 25 channels including ABC, CBS and Fox and will reportedly cost about $30-$40 a month.

– If you still haven’t gotten the gorgeous Moto 360 in a metal variant now is your time!  Best Buy has the Moto 360 with steel band in all three colors for an incredibly low $150!  I’m not sure how long this deal will last so hit up SlickDeals now for links to all of the different options!

– If you have a Frys in your area then consider picking up the Verizon Moto E prepaid 4G smartphone for just $40!  This device comes with a 4.5-inch qHD TFT display, quad-core Snapdragon 1.2 GHz processor, 8GB ROM and a 2,390mAh battery.  Head on over to Frys.com now to purchase for in-store pickup or I believe Best Buy will price match it if you show them the website!

– This past week Verizon started pushing out updates to the Galaxy S6, Galaxy S6 Edge and the Galaxy Tab 4 10.1 bringing them to Android 5.1.1.  These updates brought with them the ‘Stagefright’ exploit fix, a switch for the parallax wallpaper effect, new camera settings, caller ID for Advanced Calling and Chinese language support.  Additionally, Verizon pushed out updates to the Note 4, Note Edge and S5 that just contained the ‘Stagefright’ fix.  Hit up AndroidCentral to learn more!

– Google recently posted the specific factory image for the T-Mobile Nexus 6 bringing with it the ‘Stagefright’ fix.  Head on over the DroidLife to grab the factory image or the OTA .zip file! 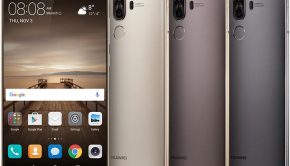