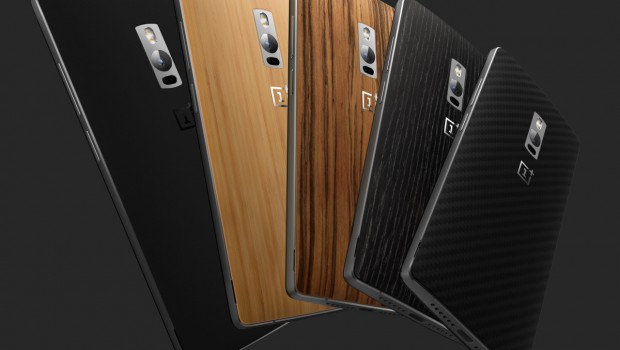 Hey everyone!  It’s Jason here and it’s been a long time!  Sorry I’ve been away so long – got caught up in school-work and then got a little lazy this summer…

But, I’m back and plan to continue the ‘A Week in Tech’ series starting this Sunday.  And to start off my return I thought I could write about the newly released OnePlus Two.  So Let’s get to it!

– A 13MP rear camera with a 1.3 micron sensor that let’s in a lot of light, OIS, dual-LED flash and laser focus

– Fingerprint scanner built into what appears to be a home button, but I believe is only a scanner

– Can store five fingerprints and uses a press, instead of a swipe, that is faster than the iPhone 6

Apart from these specs, the One Plus Two is made out of premium materials to give it a premium feel by using an aluminum frame, polished steel buttons, chamfered edges and by having no visible logos on the front.  In addition to the new fingerprint scanner, there is also a new button on the side dubbed the ‘Alert Slider‘ which allows you to switch from no alerts to priority alerts to all alerts.  Lastly, the Two comes with updated StyleSwap covers and will come with the black sandstone version with premium covers such as black apricot, Kevlar, bamboo, and rosewood also available.

Something else OnePlus wanted to focus on was that of their OS and as such they updated OxygenOS to be even better.  It will come with the ability to change themes, led indicators, a custom Audio Tuner, a custom file manager, support for gestures and have Swype as the default keyboard.  It will also come with a new camera app with some cool modes such as Super Resolution Mode with 50MP photos, a slow motion mode with videos shot in up to 120FPS, and an automatic time-lapse mode.  Lastly, OxygenOS will come with the ability to change app permissions – which is also coming in Android M.

While this “2016 Flagship Killer” as they called it will come with a faster processor, more RAM, larger battery, a fingerprint scanner, and USB Type-C, I don’t think it’s the phone for me.  Would have loved to see an even bigger screen with a higher resolution and stock Android as the OS – but, to each his own.

If you are interested in picking up a OnePlus Two you are in luck!  While they are sticking with the invite system they mentioned that they are prepared with a bigger inventory and a new reservation list that you can add your name to here – as well as pop-up stores in 9 major cities (including NYC and SFO in the U.S.) to view the device.