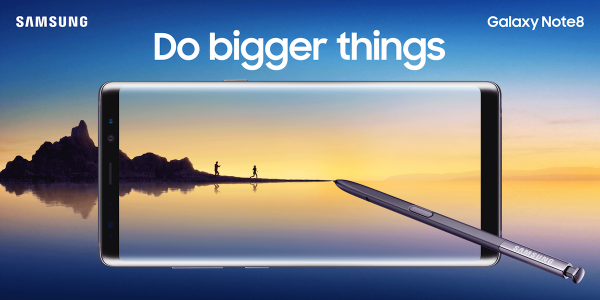 As most of you probably know, Samsung announced the Galaxy Note 8 back on August 23rd at Samsung Unpacked in New York City.  Seen below, Samsung Electronics USA published a press release today on the Note 8 and how the Note 8 has become the most pre-ordered Note phone in all of Samsung’s history.  They talk about how they are thrilled to have such a large community of Note enthusiasts and they go over the key specs and features of the device.  Also mentioned were the ‘freebies’ you can get when pre-ordering a Note 8 – either a Samsung Gear 360 camera OR a Samsung 128GB EVO+ microSD card and fast wireless convertible charger.  While all this is great, and I am definitely extremely excited to get my hands on my shiny new device, I want to address the poor job Samsung is doing controlling and sending out these pre-orders.

The Galaxy Note 8 was supposed to be fully released through all outlets on September 15th, but many customers who ordered online through their specific carrier have already received their Note 8 and received them as early as this past Tuesday (9/5).  While pre-orders placed online do tend to ship out earlier than the official store release, getting the phone almost two weeks early is crazy.  This seems a little unfair to those that ordered from other outlets or in-store and I question why Samsung isn’t doing a better job controlling the release of the Note 8 from carriers.  Additionally, I, as I’m sure many others did, took advantage of the former Note 7 owner promo Samsung is providing on the Note 8 directly through their site.  With this promo, I am supposed to receive “free expedited shipping with delivery on or before September 14″.  While this is a great bonus getting the device before the official release date, it doesn’t really matter when non-former Note 7 owners have already received their Note 8.  I feel like Samsung should definitely be taking better care of all of us that went through the Note 7 debacle.

In the end, the Galaxy Note 8 is an amazing device and everyone who pre-ordered it will get their hands on it eventually.

“RIDGEFIELD PARK, NJ – September 8, 2017 – Samsung Electronics America, Inc. announced today that more people in the U.S. have purchased the Galaxy Note8 than previous Samsung Note phones during the same time period. Introduced on August 23, the Galaxy Note8 — featuring the largest ever screen in a Note device, an enhanced S Pen1, and the world’s first smartphone with two 12MP rear cameras with Optical Image Stabilization (OIS) on both the wide-angle and telephoto lenses — will be available in stores on September 15.

“We’re thrilled to see the strong consumer response to the next level Note,” said Tim Baxter, president and chief executive officer, Samsung Electronics North America. “Today’s consumers want to do bigger things in work and life, and Note helps make that possible. We built the Galaxy Note8 for people who desire a device that lets them be productive and allows for self-expression.”

The Galaxy Note8 builds upon Samsung’s legacy of innovation. In 2011, Samsung pioneered the big-screen smartphone category with the original Galaxy Note. Since then, the Note series has continued to define and redefine this space by introducing cutting-edge features like the iconic S Pen, fast wireless charging2, as well as water and dust resistance3. The Galaxy Note8 reimagines the big-screen smartphone all over again, with an immersive 6.3 inch Infinity Display in a narrower form factor that makes it easy to hold in one hand or slip in a pocket.

Consumers who purchase a Galaxy Note8 between August 24, 2017, and September 24, 2017, get their choice of a free Samsung Gear 360 camera ($229.99 retail value) or a free Galaxy Foundation kit with a Samsung 128GB EVO+ microSD card and Fast Charge Wireless Charging Convertible ($189.98 retail value). The promotion will last for a limited time and only while supplies last4. Terms and conditions apply. Visit samsung.com/us/promotions for more information.

Visit Samsung.com, BestBuy.com or wireless carriers today to place your preorder.
All functionality, features, specifications and other product information provided in this document including, but not limited to, the benefits, design, pricing, components, performance, availability, and capabilities of the product are subject to change without notice or obligation.