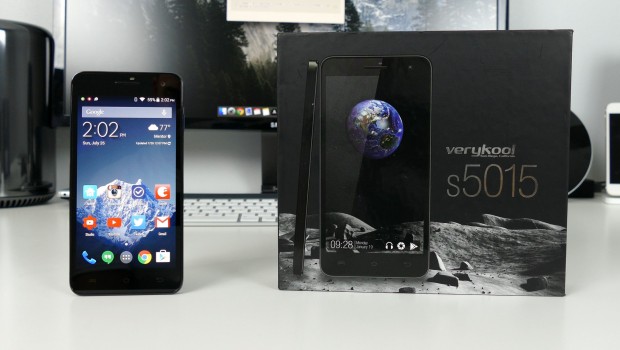 For those who already noticed, you will know that I have reviewed quite a few phones that are easier on the wallet. These phones are typically referred to as budget phones and although some of you can afford the cool, expensive flagships that come out every year, not everyone can. And that’s totally okay because there are some VeryKool companies out there that have your back.

One, in particular, is a company called VeryKool out of San Diego and we are checking out their s5015 Spark II phone. This phone will run you about $151 on Amazon at the time of this video, which we all know is a VeryKool price.

Most phones have a slight lag, even the expensive ones. Given the price and specifications of this phone, I would be lying if I didn’t say that it has some lag to it but honestly, it wasn’t that bad. This is due in large part to it’s stock Android software.

Before jumping into the software, the design of the Spark II is quite nice. It is made of plastic and does have a removable back, but it doesn’t feel cheap in the hands. The size is perfect. The front has a 5MP camera and capacitive buttons, and the back has an 8MP camera with dual LED Flash. Both cameras are okay, but 8MP is pretty low for your main camera, and the picture quality will suffer a little because of this. Power button can be found on the right side, and your left side will have your volume toggles. 3.5mm headphone jack is on the top and so is your micro-USB port that I am not the biggest fan of but it is something different.

The Spark II is indeed running near stock Android 4.4.2 KitKat, which is a bit dated but still really nice. I actually kind of missed KitKat a little but will welcome a software upgrade to Lollipop with opened arms. Although the software is pretty close to stock KitKat, you will find a few different added things sprinkled in here and there. For one, there is a pretty bad device care manager widget in your notification shade, which I already disabled. You might want to do the same.

There are a few additional tiles in the quick settings pulldown such as audio profiles, cast screen, and a flashlight. You will also find some added applications such as a file manager, FM radio, movie studio, and a few other useful utility apps.

The most interesting app is the whistle camera. To sum it up, if you want to take a picture and for some reason you don’t want to touch your screen, you can whistle, and your phone will snap a pic. Not sure if this is necessary, but its fun to play with.

The rest of the phone is pretty bare bones, which to me is a magnificent thing because it leaves room for you to do your thing and customize your phone to your liking without unwanted OEM skins.

One last thing that I thought was VeryKool (and I swear this is my last awful pun) is that the Spark II comes with a rather premium leather flip case that attaches to the back of your phone. I am not a big fan of flip cases, but I enjoyed using this one!

The Spark II is available right now on Amazon for only $151.