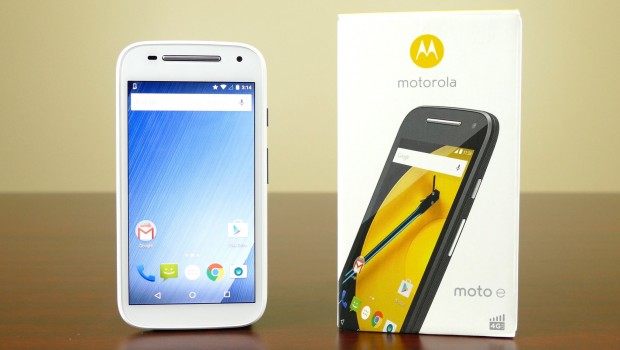 Motorola has been releasing quality budget phones over the last few years with it’s Moto G and Moto E line. Obviously, due to budgetary restraints, some basic features are eliminated in some of these phones. Features like LTE, HD Display, and performance have all been cut in the past in order to sell these phones at ridiculously cheap prices. The 2015 Moto E has broken that trend. Equipped with a 4.5 inch QHD display and 4G LTE capabilities all for only $149 off contract, one would assume that it’s too good to be true. Although the 2nd Gen Moto E comes with a lot of great and useful features, it does have it’s drawbacks that I will cover in just a little bit.

One way to be cost effective lies within the presentation. Motorola went with a small and simple box. Inside the box you will be immediately greeted with the phone itself. Lifting the tab underneath is where you will find a connected wall adapter and micro-USB charger as well as some product information booklets. The phone only comes with one piece of plastic on the front listing a few features that the Moto E has to offer. 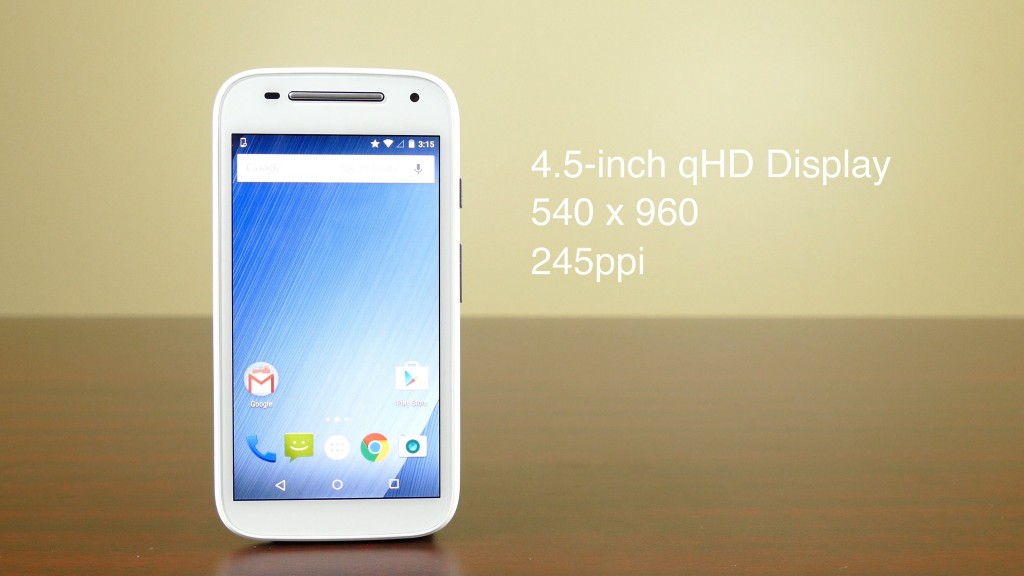 As mentioned earlier, the Moto E has a 4.5 qHD display but with a resolution of 540 x 960 and leaving you with a pixel density of 245ppi. For a budget phone, a qHD may sound nice but to me this display is really not that great. The colors seem a bit washed out and the text lacks and kind of crispness. Although I have seen worse, the display is definitely not a reason to buy this phone. Aside from the display, you will also find your front facing loudspeaker and a front-facing VGA camera and proximity sensor. 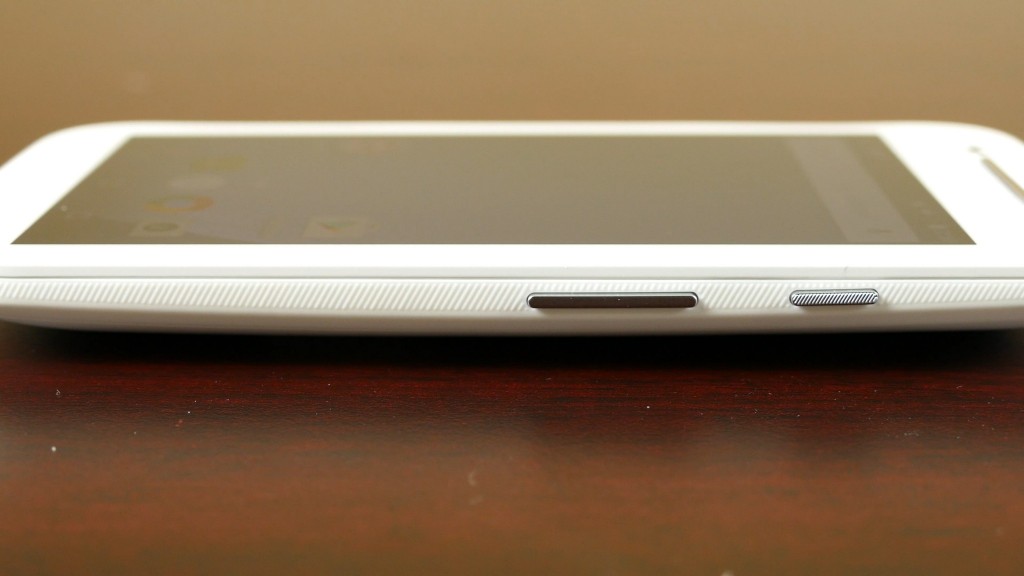 The rest of the Moto E is also pretty plain Jane. The left side houses a textured power button and your volume up and down toggles. The top has your 3.5mm headphone jack and the bottom is where your micro-USB charging port is located. On the back you will find your 5mp rear-facing camera as well as a microphone and the famous Motorola dimple. So if you’re new to the Moto E lineup, you may be asking “Where is the micro-SD and Sim card trays? Don’t fret, Motorola has hidden them from site and stuck them underneath the removable plastic bands that cover the side of the device. By removing these bands you will have access to your Sim and SD card slots on the left hand side. Motorola also sells different color swappable bands for some added customization and that moto-maker like effect.

Powering the 2nd Generation Moto E is a Snapdragon 410 with a quad-core 1.2ghz CPU. Now there is a cheaper version available with a slower chipset and CPU as well as NO LTE connectivity but is also only $120 off contract as opposed to this model that will run you an extra $30. The Moto E also comes with only 8GB of internal storage and 1GB of RAM, but the storage is expandable to 32GB via a micro-sd card. Finally, the Moto E carries a 2390mah battery that Motorola boasts can last up to all day due to its software.

Whats so great about Motorola’s software? Well, its pure stock android with a couple of features that consumers like myself may actually want and use. The Moto E is running the latest version of Android, Android 5.0 lollipop which helps fight against any lag that one might expect given the mid-range hardware. 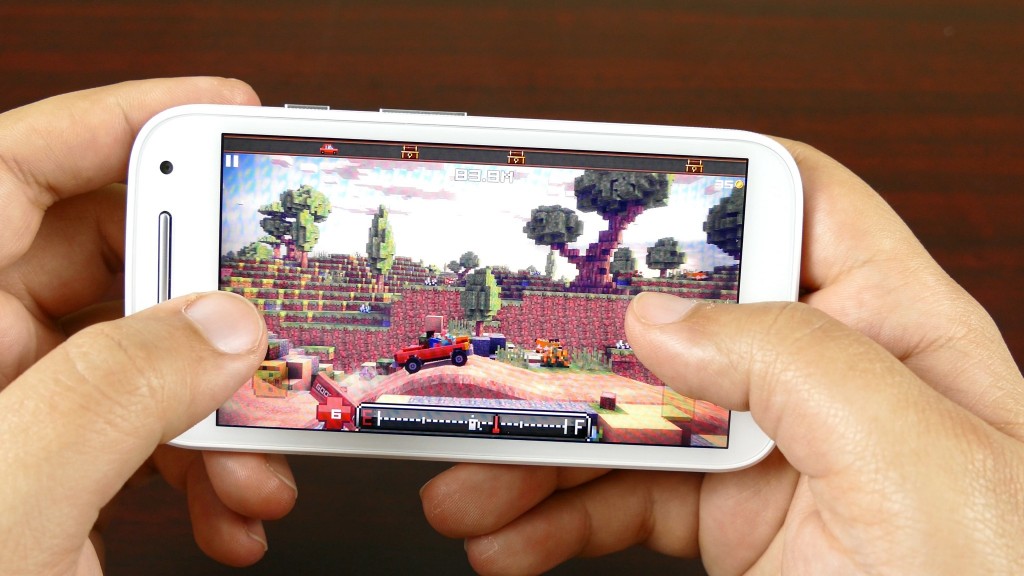 Motorola added my favorite feature to this years Moto E with it’s active display notification systems. For those who haven’t seen this on the Droid lineup or Moto X, the display only lights up the necessary pixels needed to show you your notifications without having to really do anything. With the Moto X, a wave of your hand over the phones proximity sensors will alert the active display. Since the Moto E has less proximity sensors, the active display really only works with you lift the phone out of your pocket or off of a table. You can unlock your phone, dismiss notifications and read them all from without having to hit the power button. Since active display only illuminates the pixels needed, this will also increase battery life and reduce the amount of screen on time throughout a typical day. Motorola has also included its moto assist feature that allows you to set your phone to a silent mode according to your sleep and work schedule.

Another neat Moto particular feature is the double twist to launch your camera. Just double twist your wrist back and forth and the phone will send a vibration letting you know that it is now starting your camera. You can do this with the phone completely off or from any app while the screen is on. Overall performance is not bad for a low to mid-level smartphone. You will have some occasional dropped frames and lag but nothing that hindered my ability to play any games or routine use of my phone. Since the Moto E is running stock lollipop, performance is rather snappy and responsive without being bogged down but unnecessary features from an unwanted OEM skin. Nope. The Moto E is running plain old lollipop and that’s just fine with me.

Whats is not fine the camera, and that is to be expected with a 5MP camera. It only takes 720p video and the pictures are just plain bad. You may get a decent shot here and there but for the most part, it’s not the greatest. The best part about it is the double twist feature to launch the camera but once you are ready to take a picture, the good pretty much stops there. Here are a few sample photos from my testing. 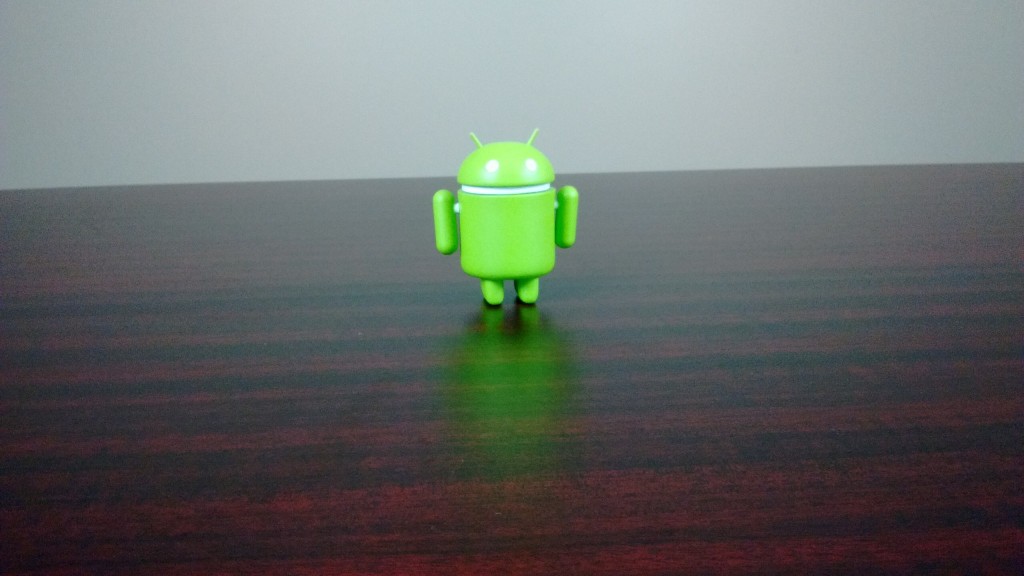 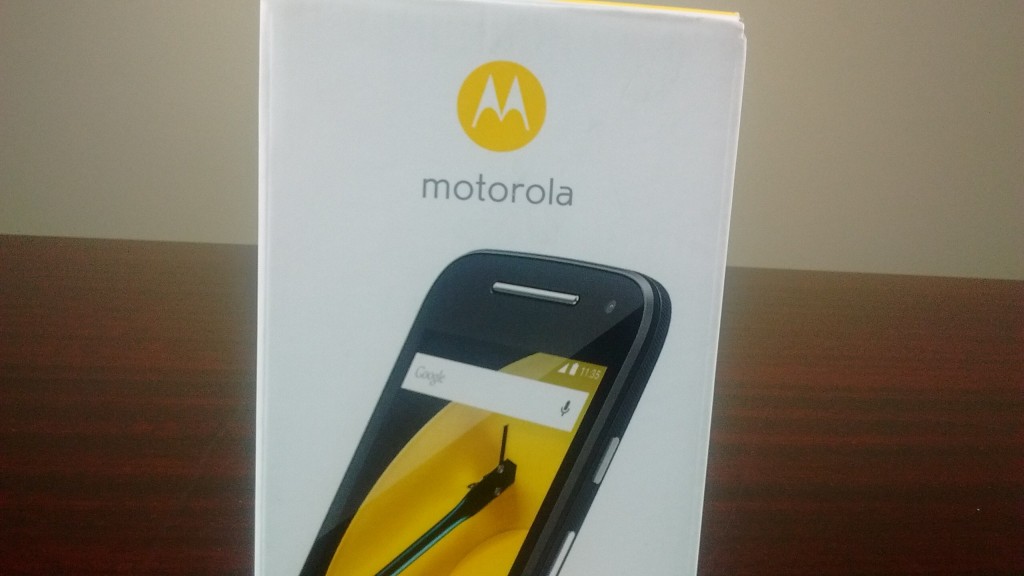 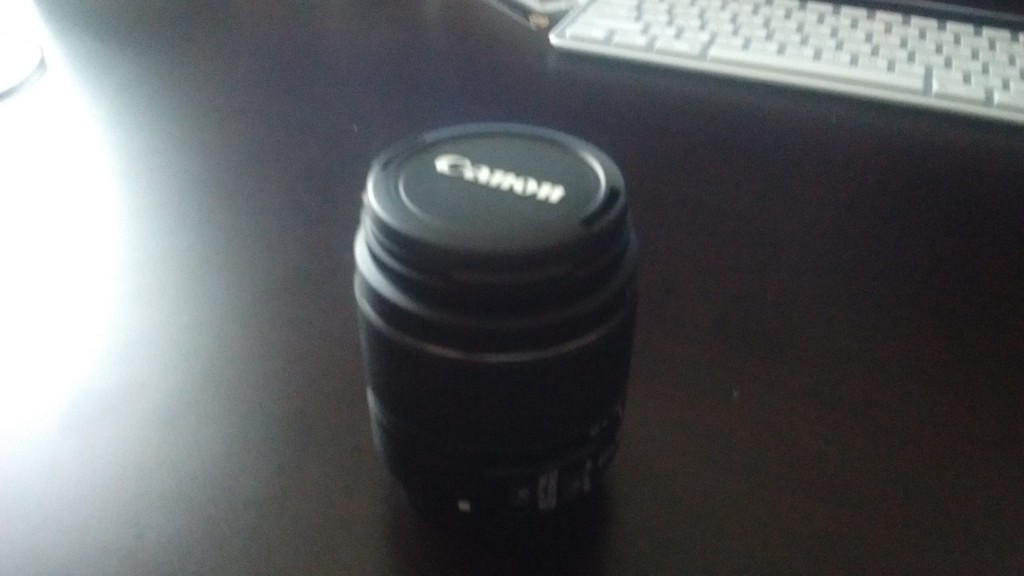 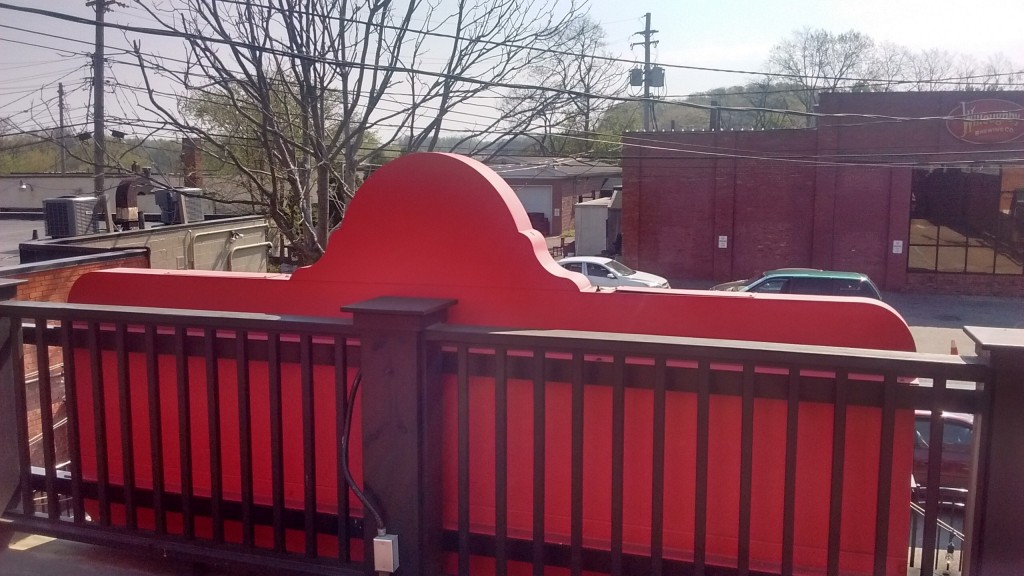 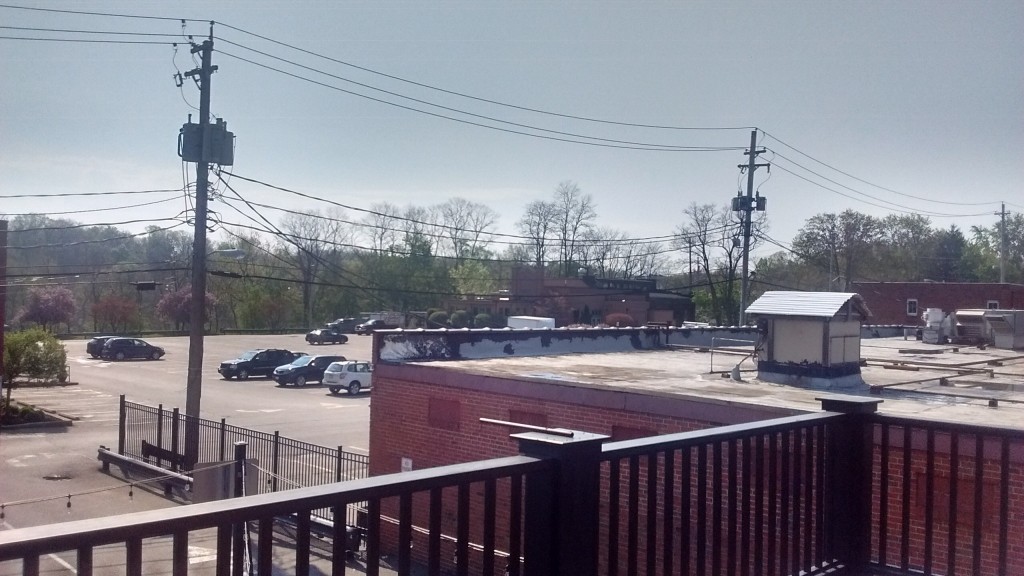 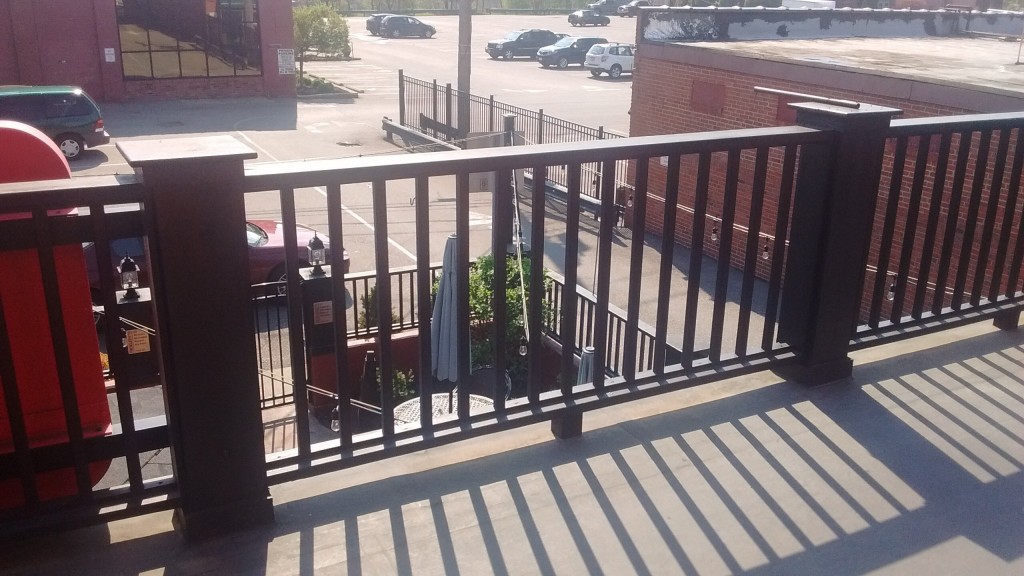 While a bad camera may be okay for some, it might not be for others but you do have to remember everything else you are getting for the price. 4G LTE connectivity, decent internal hardware, pure Android with some nice Motorola features and the personalization offered with the swappable bands makes the Moto E’s $149 price tag VERY enticing.