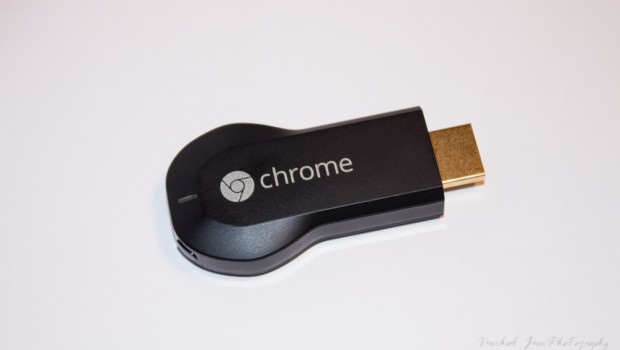 Ahh, the Google Chromecast. A quaint little HDMI dongle that wonders and amazes – and has so much potential. Unfortunately for me, I was unable to acquire a Chromecast on release day or the following days after, but I was lucky enough to grab one about 7 days after it was released so I’ve had a chance to play around with it for quite some time. There have been a number of updates for it between then and now (some of which were considered not so great – more on that in a bit) and there definitely has been some buzz around the device. 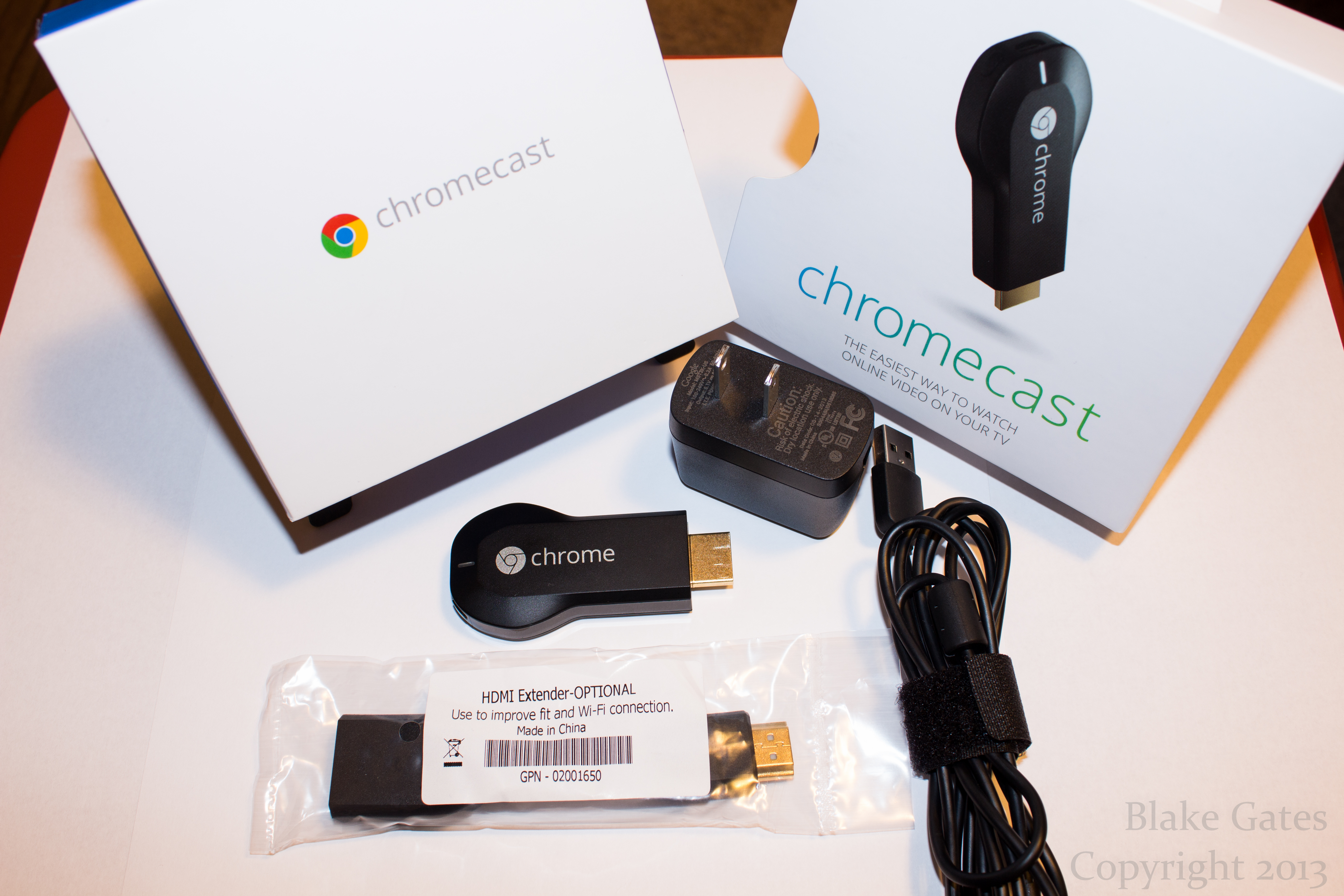 Taking it out of the box, you are greeted with very simple ‘Google-esque’ packaging and only a few items along with the main Chromecast dongle. Other than the device itself, you have a power brick, your standard (although pretty long) micro-USB to USB charging cable and an HDMI extender cable. Actually installing and connecting with the device is very, very simple. The device needs a power source; so if your TV has a USB port, it works perfectly with that. Using a TV’s built-in USB port also allows the Chromecast to turn off and on when the TV is switched on or off. If you do not have a free USB port on your TV set, no worries, that is what the power brick and long cable is for. Plug it in to the wall and forget about it. There have been a lot of reports of the device getting hot while on (which I can personally tell you that it does) but not to a degree that would worry me. It is also perfectly okay for it to be powered on all the time.

Connecting with the Chromecast device is as simple as grabbing your phone, tablet or laptop and downloading the Chromecast app through the Google Play store – or the Chrome Web Store if you are using a laptop and once installed and opened up, the app will search your Wi-Fi network for your Chromecast, find it, and connect to it. A few on-screen steps it walks you through and then you’re all set! Easy peasy nice and breezy.

I’m going to rewind a bit and talk about that update that wasn’t received very well I mentioned earlier. In Chomecast’s infancy, many developers were hard at work at cracking this thing open and getting as much use out of it as possible (of course, that’s what us as Android users do 😛 ). The notable and prolific Android developer, Koushik Dutta, had created a work-around to allow you to cast anything (personal photos, videos, etc.) from your device to your TV. It really opened up the book for what the Chromecast was capable of doing and made a lot of die-hard Android fans very happy that they could wirelessly and seamlessly stream anything they wanted to their TV. Unfortunately – and possibly rightfully so – Google stepped in with an automatic over-the-air update that put a stop to this. I say rightfully so, because this kind of thing definitely scares off potential future big-name developers that everyone would like to see on the Chromecast ecosystem. It was a bitter-sweet update that was pushed out. More information on this specific subject can be read here; a fantastic explanation of the situation by Android Central’s own Jerry Hildenbrand.

Coming back to the present, the current list of services the Chromecast supports right at the moment looks like this:

If you are a big viewer of YouTube or any of these other services, the Chromecast is absolutely fantastic. It works with these services flawlessly and effortlessly – exactly what it was designed to do. I absolutely love being able to pull up a video from QbKing77 or a photography video on YouTube and watch it on the large TV screen in the living room. It’s awesome for that. Obviously, as you can tell from this list, the current selection of apps and services is pretty limited. But hopefully that will change very soon with the likes of Pocket Cast, HBO Go, Spotify, Pandora, Vimeo, etc. etc. I love this little thing and I think it has a great future.

If you own a Google Chromecast, let us know down below in the comments. If you’d like to own one, let us know what you would mainly use it for!

5 Responses to Google Chromecast – A Look Back