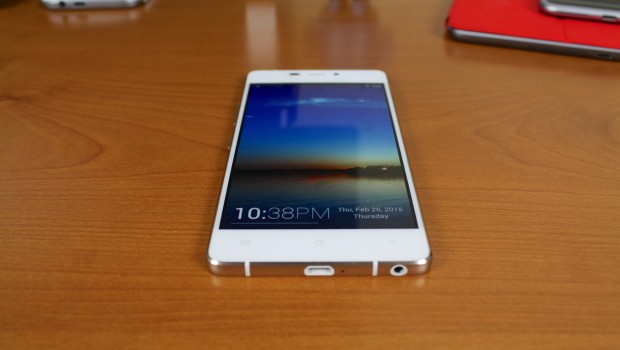 
BLU, a smartphone manufacturer, located right here in the USA, has been making some waves with a few phones that have some great features at great prices. For under $150, you can buy a smartphone with a 5000 mAh battery. For under $200, you can get a smartphone that’s currently the thinnest and lightest smartphone in America. As you can see, the trend that BLU has been using is working for them. At CES, they had a lot of buzz surrounding these two phones. In this review, we will focus on the BLU Vivo Air, the thinnest phone currently offered in the United States.

The design of the BLU Vivo Air is incredible. It’s extremely light, weighing in at 97g, which is good for the lightest phone currently offered in the US. This is where the “Air” comes from. As mentioned before, it’s also the thinnest phone in the US. Measuring in at only 5.5mm thick, it’s almost alarming how thin and light the phone feels in the hand. BLU is known for adding extras to their devices. They include a very thing TPU case, and this adds a little extra weight to the phone. The extra weight is nice because it alleviates any worry of easily damaging the phone. 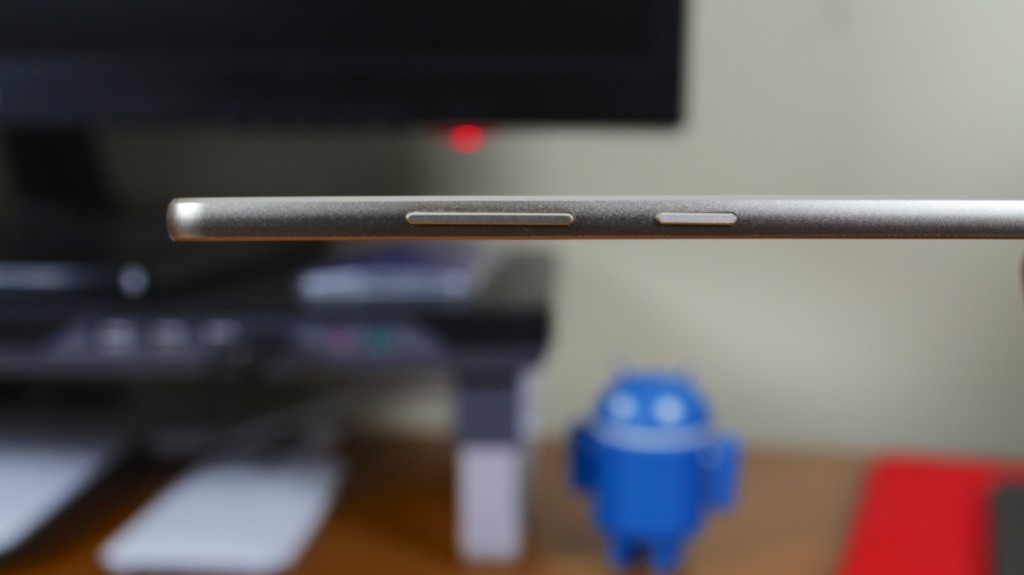 The front and back of the Vivo Air are made of Corning Gorilla Glass 3 to prevent those pesky scratches one might get from car keys or loose change. Rounding out the rest of this unibody device is a sturdy aluminum frame. In this particular white model, the rounded edges are gold and adds elegance to this inexpensive phone. 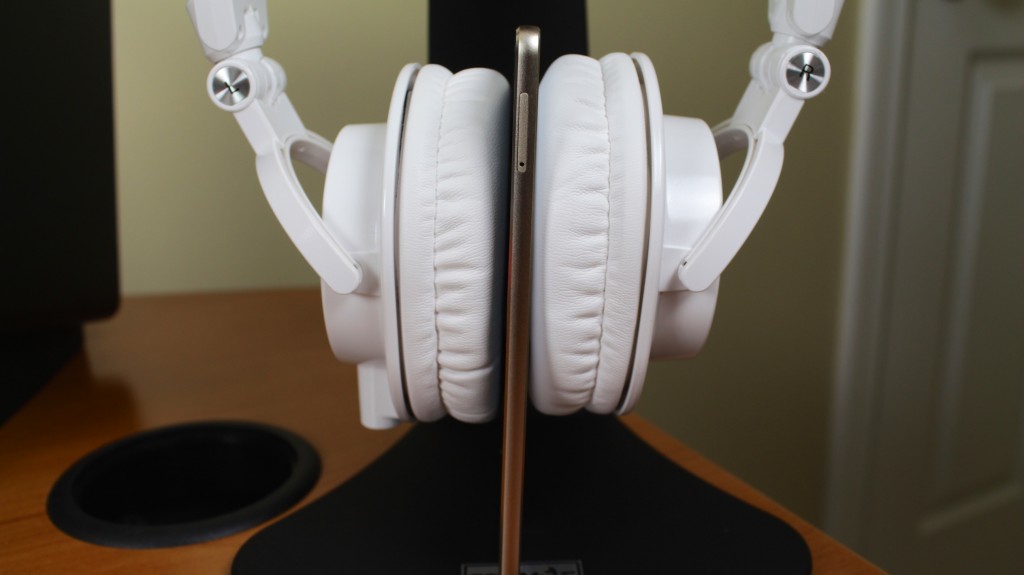 The front of the device houses the 4.8 AMOLED display and capacitive menu, home, and back buttons. It’s also home to a 5MP front-facing camera. The back is rather clean and simple. Aside from some BLU branding, it’s only blemish to the white glass is the 8MP rear-facing camera. Around the rest of the aluminum siding, you will find your basic power and volume buttons, as well as your micro-USB charging port and 3.5mm headphone jack.

BLU designs these phones with best designs possible and I am sure they try to hold the highest of standards for their hardware too. Unfortunately, in order to keep the prices low, they have to cut back somewhere. With the hardware being the most expensive, this is not unexpected when it comes to “budget” phones. The BLU Vivo Air’s specs are:

These specifications are not the worst but far from the best. You will encounter your fair share of lag and dropped frames when multitasking between apps or browsing heavy image based websites but overall I found the experience to be tolerable. When on Wi-Fi you can expect some decent internet speeds but if you are using your mobile data, be prepared to have an awful internet experience if you are not in a good coverage area. With the low-end hardware, BLU manages to get the most out of it due to its rather stock-like software.

When it comes to software, BLU isn’t looking to re-invent the wheel. Their version of Android is very lightly skinned. Some products come with the jellybean like launcher with app drawer and all. This particular BLU smartphone goes with iOS approach. No app drawer and the icons are non-customizable. You can change it up a little with the built in “Color” app. This will change your wallpapers and theme, but your options are rather limited. 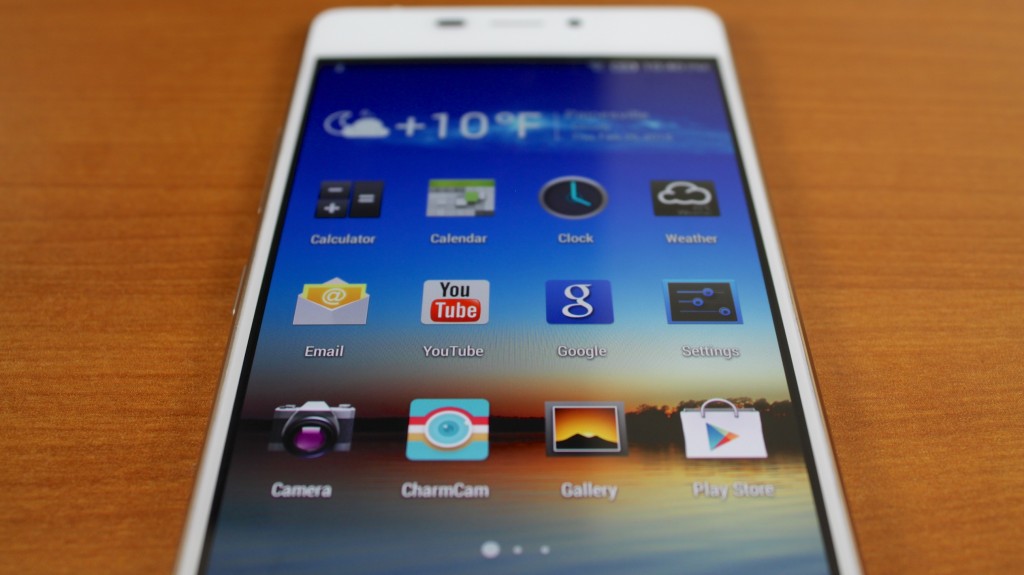 Noticeable differences from stock Android come in the notification and quick settings. The notification shade looks very similar to stock Kit-Kat, but a swipe to the right will bring up your quick settings. There are tons of tiles to toggle your phone options and although the order can be changed, that’s about it. BLU adds a few extra settings like the ability to schedule your phone to turn on/off or when to turn on airplane mode. Another great software feature comes from the smart gestures setting. There’s a slew of different features like raise your phone to your ear to answer an incoming call. You may also double tap to wake the device, as well as the ability to launch into specific apps with a gesture from the lock screen.

For example, drawing a “C” while the screen is off will launch you into the camera app. A backwards “C” will open your contacts, an “N” for messaging, and a “U” for your music app.

Aside from these built-in features, BLU also adds a few pre-installed apps that are designed rather nicely. Most notable is the weather app. It’s simple and beautiful. Even the gimmicky sound effect feature that corresponds with your current weather status is wonderful.

The BLU Vivo Air comes with a five and eight mega-pixel camera respectfully. It’s surprising to see that BLU went with a 5 MP front-facing camera and with that said, it’s nothing to write home about. It won’t hinder your selfies if that’s a main concern of yours. The 8 MP camera was quite nice. I am not one to usually take pictures with my phone but for testing purposes, I was rather impressed with the camera that BLU put into this device. The images were great outdoors and in good lighting but I can’t say the same for low-light scenarios. 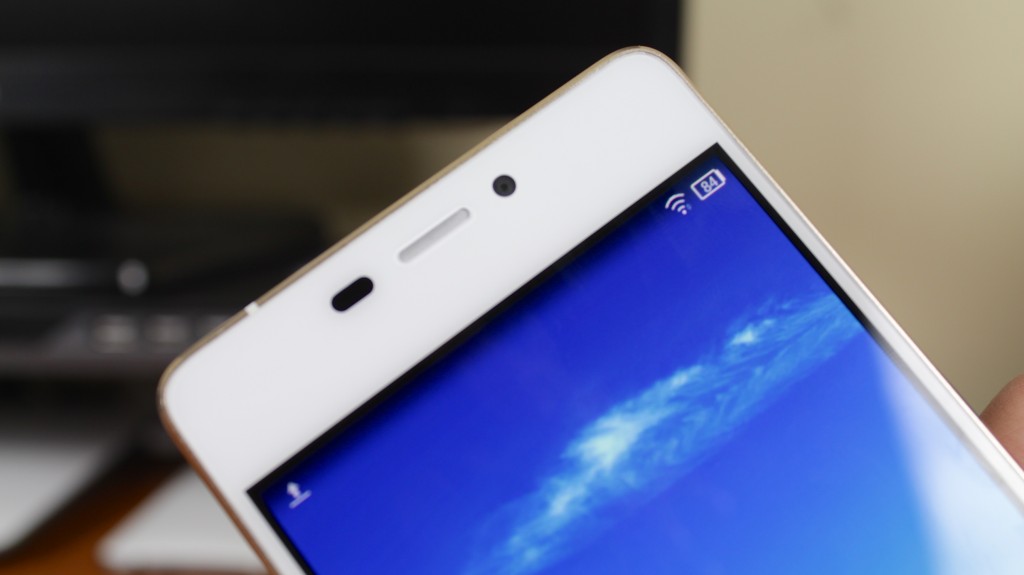 If you’re a fan of filters, then you may be interested in the pre-installed “Charmcam” app. This app comes with a bunch of different filters that can be seen in the photo taking process. In other words, you can get a preview of what the photo will look like with each filter BEFORE you take the photo. Nothing groundbreaking but a nice touch by BLU. That app is fun rather fun to play with. Below is some sample photos from my time with the device:

If you’re looking for a phone that’s thin, sleek, and not going to break the bank, then the BLU Vivo Air may be the phone for you. Just keep in mind the low-end specifications and lack of LTE.

If you want see more on this device, you can see my video review here