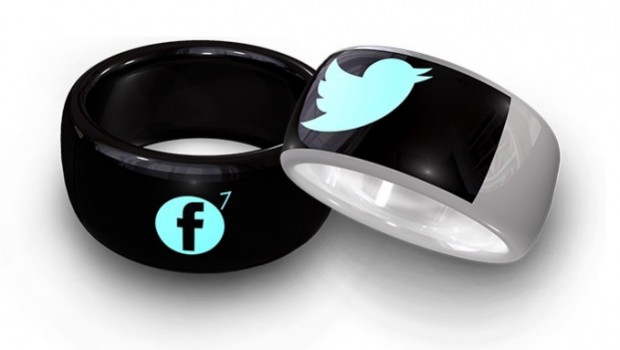 Hey fans of Qbking77!  Just something fun to kick this week’s episode off is this new pun-filled ad by Samsung for the Galaxy Note 4 – Note 4 Ad – check it out!

Anyways, let’s get to episode nine of ‘A Week in Tech’!

– Recent leaks seem to indicate that the arrival of Android L for the Nexus 4, 5, 7, and 10 is just around the corner!  This update will introduce the new “Material Design” UI, performance improvements, support for 64-bit processors, replacement of Dalvik runtime with ART, increased battery life, and a improved notifications panel – I can’t wait to see this show up on other new devices as well!

– More leaks of the next Nexus device have just surfaced this past week.  In terms of specs, we’re being told to expect a 5.9-inch 2560×1440 display, 13MP rear camera with OIS, 2MP front-facing camera, a 3200mAh battery and it will run Android L.  Asides from the specs, leaked pictures of this device have surfaced as well and this device looks a lot like a larger Moto X 2014 edition.  Check out Tim’s article for more info!

– This past week Google announced that it has chosen HTC to manufacturer to Nexus 9.  According to the Wall Street Journal, Google chose HTC for the Nexus 9 as they don’t want “any one manufacturer gaining a monopoly” in the smartphone arena – looking at you Samsung.

– It was recently announced that the new USB Type-C cables will have DisplayPort support!  This means that not only will these cables support power delivery of up to 100 watts and USB 3.1 data delivery, they will also support the simultaneous transport of DisplayPort 1.3 – and thus HDMI 2.0 and DVI will also work with an adapter.  Can’t wait to get my hands on these new cables!

– AT&T just recently pushed out the start of a new double data promotion that will run until the end of October.  This offer is good only for AT&T’s Mobile Share Value plans that start at 15GB for $130 a month – but with this promo you’d get 30GBs at this price!  This promotion is open to new and existing customer, but be sure to sign up before the cute off date!

– LG announced a brand new flip phone for select markets this past week.  This device, the Wine Smart, caters to the older generation, but has some pretty good specs with a 1.2GHz quad-core chip, 1GB RAM , 4GB of internal storage, a battery 1,700mAh, and a 3.5-inch LCD display with a resolution of 480×320.  Kind of a poor screen and I would think they would want to have a better resolution for those with diminishing eye sight…

– It was just announced that Samsung’s newest addition to their smartwatch line, the Gear S, will be coming to US carriers in the next few weeks.  As for specific dates, only AT&T has revealed that it will offer the watch on September 26th.  Since this device has its own 3G capabilities, I wonder if their will be a monthly data charge for it and if so, how will it work?

– Microsoft just recently announced their version of Google’s Chromecast called the Wireless Display Adapter.  This device uses the Miracast technology, so your phone or tablet needs to have support for this particular feature.  This device will run you a steep $60 compared to the price of the Chromecast – which might make it a deal breaker for some customers.

– Intel is expected to release a wireless charging bowl by the end of 2014.  This bowl measure 10 inches in diameter, uses resonant charging technology and looks pretty neat.  Check out more about this at AndroidAuthority!

– A very cool device that just reached its $100,000 funding goal on Indiegogo is the MOTA SmartRing.  This bluetooth-enabled smart ring, which will cost you $60 right now, has a touchscreen and a vibration feature to give you notifications right to your finger.  This device will supposedly come with a thirty six hour battery life and will be water resistant.  Check out the Indiegogo campaign here to back this project.

– Lastly I have a somewhat good deal for you guys this week.  A manufacturer refurbished version of Google’s Chromecast is currently still available on Groupon for just $25 buck!  Unfortunately, you were able to combine this deal with a coupon code to get the device for $15, but that deal has expired – still, this is a good deal!  Hit up Groupon now!

– The Moto 360 recently received a minor update to build number KGW42R.  This update brings with it improved bluetooth connectivity, charging notifications even when the battery is fully depleted as well as various bug fixes.  In addition, people are reporting that this update is bringing an improvement to battery life, but I haven’t noticed any change with my watch.  Check out more about the update here!

– AT&T pushed out a minor service update to the Samsung Galaxy S4 Active this past week.  This update will come with connectivity improvements, security patches and some updated Google apps.  Check out more about this update here!

– Apple also released iOS 8.0.2 this past week to correct all the mistakes they had in iOS 8.0.1.  This update include fixes to network connectivity and to Touch ID, fixes a bug to HealthKit apps, as well as other various bug fixes.  Check out apple.com to learn more!