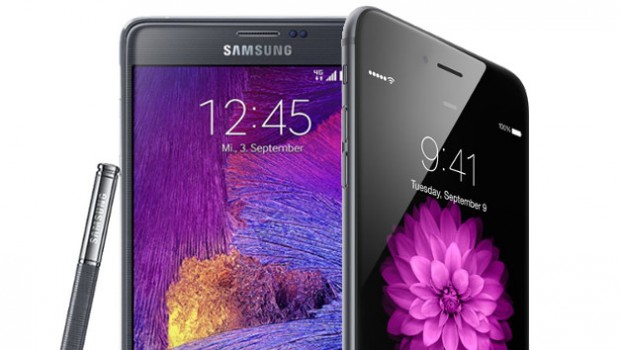 Hey fans of Qbking77!  I can’t believe another week has passed (time seems to fly in college!), but alas, another week means another ‘Week in Tech’!

Let’s see what news we have this week in the world of tech!

– This week three devices that have been talked about have either gone up for pre-order or were released!  To start the iPhone 6 and 6 Plus were released this past Friday – so head to your local Apple store or to Apple.com to buy it now.  Also this past Friday, the Galaxy Note 4 went up for pre-order on AT&T, and Verizon (Sprint and T-Mobile to follow) with an official release date of October 17th.  Lastly, the exclusive OnePlus One will be temporarily accepting traditional pre-order for a limited window in late October.  So which of these beastly devices will you be picking up?!

– An early look at Google’s Play Store v5.0 has been released and it looks great!  While the previous update brought improvements to content listings, this update focuses on bringing a more “material design” – perhaps in preparation of Android L.  If you hit up the source link you will see that there are changes to the color palette, a bigger focus on hero images and color blocks as well as some fun visual treats tossed in!

– Another update to Google’s software this week included bringing Google Play Services to version 6.1.  This update helps developers by providing enhancements to the Drive API, incorporation of Material Design elements into the File Picker UI, a refreshed API for Google Fit, and lastly they added in Enhanced Ecommerce analytics support for Google Tag Manager.  I don’t know much about this as I’m not a developer, but I do know this means better apps for us!

– Some unfortunate news from Google this past week as they have reportedly halted their ‘Premium Android Silver’ Program.  This service was suppose to replace the Nexus program and allow Google to reassert its ownership over the Android brand by placing devices apart of the program inside of carrier stores in a dedicated display – much like that of Apple and Samsung.  This can be good or bad depending on how you look at it as the Nexus program will continue running, but Android Silver will not be emerging anytime soon

– Amazon refreshed its Kindle Fire line this week with four new tablets!  First up we have the new Kindle Fire HD, which will come in 6-inch and a 7-inch models for $99 and $140, respectively.  Next, Amazon announced a new Kindle Fire HDX with Dolby Atmos, improved WiFi, a 2.5GHz quad-core processor and a better battery.  Lastly, Amazon announced a Kindle Fire HD Kids Edition – this device will come in both 6-inch and 7-inch models and include a 2-year warranty, a free year of Amazon FreeTime Unlimited and the tablet has its own case built around it to prevent against breaking

– SanDisk released a new memory card that is aimed at smartphones capable of recording in 4K and claims to be the world’s fatest microSD UHS-I memory card.  This new memory card will reach speeds of up to 95 MB/s for transfer of those large video files and has Class 10 and UHS Speed Calss 3 ratings.  SanDisk is also rolling out similar speed SD cards with up to 512 GB of storage – now that’s a lot of memory

– Verizon announced this week that it plans to implement WiFi calling to their network sometime mid-2015.  The reason Verizon is waiting to put their resources towards this implementing this feature is because they believe they have a strong network when it comes to coverage and voice quality – which they do in my opinion.  But, I bet a lot of people out their would like to see this implemented as soon as possible

– Starting September 30th, it will be mandatory for developers to show a physical address if their app cost money or features in-app purchases or else they risk their app being removed from the Play Store.  This will definitely make it much easier for customers to get in touch with a developer if necessary and I’m glad Google decided to implement this!

– Google announced this past week that it will enable full-disk encryption in Android L by default.  In theory, full-disk encryption obfuscates the data contained within the device memory until a pass-code or PIN is entered – this essentially makes encrypted tablets and smartphones useless to anyone who would try to use software to work around lock screen protections

– Some awesome news for you all you on Verizon out there!  If you haven’t already heard, Verizon has made upgrades available right now to customers with upgrade dates on or before November 15th, 2014.  This was a very smart plan on Verizon’s part as now many more people can upgrade to the newly announced iPhone 6 or Samsung Note 4 early!

– IDrive, a company that offers a service like Google Drive or Dropbox and is actually not owned by Apple, is now offering 1TB of its Online Storage service for one year for just $19.99!  This is an amazing deal as the same amount of storage will cost you $120 from Google Drive or $100 from Dropbox.  So if you want some cloud storage, head on over Stacksocial to pick up this deal now!

– Dubbed Advanced Calling 1.0, Verizon has upgraded its network to support voice calls over its 4G LTE and XLTE networks.  With this, Verizon is rolling out updates to the LG G2 and Samsung Galaxy S5 to include HD Voice and Video Calling.  Check out more about this here!

– Pebble released an update to its smartwatch this past week to version 2.5!  This update finally brings emjoi support, IOS 8 support, as well as some new compass apps and features.  Hit up Pebble to learn more!

– The AT&T Samsung Galaxy s4 was updated to a new build (unfortunately not Android 4.4.4) this past week with an OTA update.  This update adds security patches and updated Google applications and connectivity tweaks.  Hit up AndroidGeeks to learn more!

– Lastly, iOS 8 came out this past week alongside the release of the new iPhone 6.  Although the actual update is less than 1GB, the total software needs between 3GB and 5GB of data- which means if you are trying to install this on an older iPhone 5 or even iPhone 4 (if that’s even possible), you might not have enough space to even install it.  Hit up Mashable to learn about a lot of the new features iOS 8 adds!