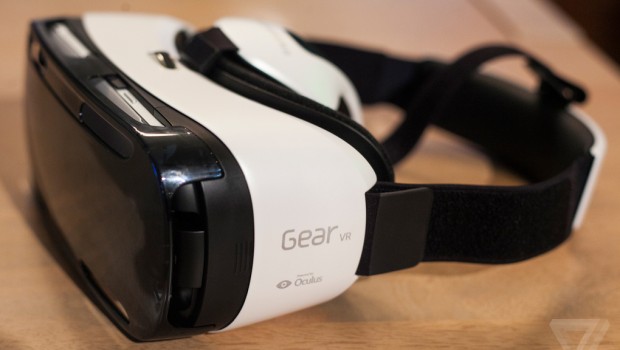 Hey guys!  Sorry this week’s news is a little late – I’ve been busy with school-work!

Anyways, this past week was IFA along with many other big announcements – I talked last week a lot about some of the new smartwatches that were going to be released – but now they are actually released!

– This week Samsung had its unpacked event and released a lot of new devices!  If you missed it Tim put out a video last week (Hit it up here!), talking about his thoughts on the new Galaxy Note 4 and Galaxy Note Edge.  The latter is a first of its kind – an almost exact replica of the Note 4, but with a curved screen on the right edge of the phone.  Check out Tim’s video and article for more information

– The Moto 360 is finally here!  The long-awaited device was finally released this past week – now if you were like me, you were probably waiting to order one as soon as they went on sale on Friday, but, like everyone else, you were not able to get one as it sold out across the web very quickly.  With its release, we finally learned all of its specs: a TI OMAP 3 processor with 512MB RAM, 4GB internal storage, a 320 mAh battery, Gorilla Glass 3, uses Android Wear, and is IP67 certified.  The major downfall to this device being reported: a poor battery that lasts barely a day… Will this stop you from passing up the gorgeous design?  Also, I put links too where you can order this in the ‘Deals and Gadgets’ section below!

– Motorola also announced two other devices at IFA 2014 this week – the Moto X 2014 edition and the Moto G 2014 edition! Check out Tim’s video and subsequent article on these awesome new devices!

– This week at IFA 2014 Asus also announced their very first wearable device – the ZenWatch.  This smartwatch, which looks good but has a square-ish display, will run Android Wear and will hopefully cost $199.  This device will sport a Qualcomm snapdragon 400 processor, 512MB RAM, 4GB internal storage, a 2.5D curved glass AMOLED 1.63-inch display, and a microUSB port for charging

– Samsung this week went a little out of its normal zone in the tech industry and announced the world’s first Android-powered touch-screen printers.  I don’t know much about printers, but these look pretty advanced – from a 10.1-inch Android “tablet” on the front to the ‘Smart UX Center’ Android system – they sound pretty cool.  Hit up the source for the specifics!

– Along side the Note 4, Note Edge, Gear S, and its new printers – Samsung also finally revealed Gear VR.  This virtual reality headset is basically a portable version of the Oculus Rift for your smartphone.  It is in fact powered by the Oculus platform and you must have the newly announced Note 4 to power it.  This device is pretty cool as it allows for more movement while wearing it instead of being tied to a computer like with the Oculus Rift – which, by the way, I was lucky enough to get my hands on this weekend from some kid on campus.  So stay tuned for a review on that at some point!

– To add to the ever-growing smartwatch market right now, Sony released its 3rd generation of the Sony Smartwatch this past week at IFA 2014.  This Android-powered watch rocks a 1.6-inch 320 x 320 display, a Quad ARM A7 1.2Ghz processor, 512MB RAM, 4GB internal storage, and a 420mAh battery.  I’d have to say, the specs on this watch look to be pretty good, but the design looks a lot like Samsung’s Gear 2 Neo and could be much more…circular…

– Looks like the launch of Android One is now set for September 15th!  Google recently sent out an email saying that it has something to reveal next week.  While these low-powered, low-cost devcies won’t have the most high end of specs, they will hopefully be budget friendly at around $100 USD

– Anker has their Astro E4 13,000mAh battery pack on Amazon for a low 26 bucks! Just follow this link and use code ‘AASTROE4’ at checkout!

– Amazon now has their Amazon Fire phone for just 99 cents!  This awesome deal of course comes with a two-year contract through AT&T only, but it clearly shows that they are not doing as well as they thought with this recently announced device.  Hit up Amazon now!

– Since I am such a fan of the Moto 360, I thought I’d share with you guys all the places, to my knowledge, that are ‘selling’ Motorola’s smartwatch.  I say ‘selling’ because no one really has it in stock right, but keep hitting up the links below!

– Today HTC’s VP announced that Verizon’s HTC One M8 will be receiving an update to android 4.4.3 this Wednesday, 9/10!  This update will include the long- awaited Extreme Power Saving mode as well as other minor changes.  Hit up AndroidPolice to find out more

– Verizon’s HTC One M7 also received an update this week to the same Android 4.4.3!  This update includes the same Extreme Power Savings mode, mobile hotspot connectivity improvements, and various other fixes.  Hit up AndroidPolice to see the full changelog!

– The Nest Protect, Nest’s smoke alarm, got an update this past week to version 2.0.  This update brings with it Steam Check, giving it the ability to distinguish between steam and smoke, Safety History, which allows users to check the Nest app to see what caused Heads-Up or Emergency Alarms over the last 10 days, and much more.  Head on over to PCMag to find out more!

– Its been announced that the next software update to Android Wear will be coming pretty soon!  This update will include many new features such as allowing the user to leave their phone behind, GPS support, and the ability to make use of the internal storage found on the devices for music playback.  Check out more on the update here

– Samsung’s recently released Gear Live received an update to Android Wear 4.4.w.1 this past week.  This update includes improvements to navigation as well as to the ‘voice action experience’.  Check out more on the update here

One Response to A Week in Tech – Episode 6