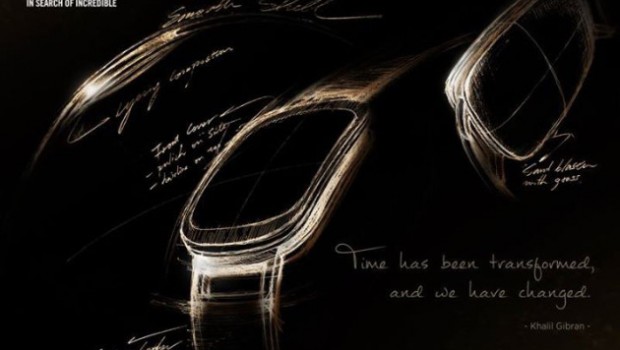 Hey lovely fans of Qbking77!  Who’s ready for some more news?  I know I am!  Just a heads up… I just moved into college this past week and will be starting classes soon.  I, being a freshman, have no clue what college life will bring, but hopefully I will be able to continue writing these articles and thus providing content for Tim’s videos.

– This week LG and Samsung both announced their new smartwatches!  LG announced the LG G Watch R, while Samsung announced the Gear S.  Hit up the source link to see my articles on both of these!  Also, Asus has released some teaser sketches (seen in featured image) of what their smartwatch will look like that will be released at IFA this week too!

– Even more smartwatch news! Apparently there are two HTC smartwatches slatted for released in September.  According to @upleaks on twitter, one of the smartwatches will be more of a Gear Fit competitor as it will have a 1.8″ 320×160 screen with a 100mAh battery.  The second HTC watch sounds like more of a traditional watch, but all we know so far is that it will come with Android Wear

– As always, I have more Note 4 news for ya – Samsung has released three teaser videos for the Note 4 so far. They both hype up some of the unique features of the Note line such as the S Pen.  Check them out here , here, and here!

– The Note 4 details just keep coming!  In addition to the already familiar screen lock, Private Mode authentication, and Samsung and PayPal account verification, the Note 4 will feature a fingerprint sensor.  What makes this different than the iPhone is that it will allow you to apply different shortcuts to each one of your fingers!

– Twitch, the widely popular livestreaming service, was just recently bought by Amazon.  Now the question here is why?  Why would Amazon buy out such a company for around $1 BILLION dollars?  One of the reasons could be the fact that Twitch gets a lot of traffic and Amazon could use the space for ads.  Hit up the source for more about this!

– Registration for this year’s Samsung Developer Conference, from November 11-13th at Moscone West in San Francisco, is now open!  At a hefty price of 500 bucks if you are a developer, you will find out first-hand what Samsung has planned for the future

– The Google News and Weather app was updated to version 2.0 – bringing yet another app to the Material Design interface as well as refreshed widgets.  Download the app at the Play Store!

–  Verizon announced this week that they will finally be launching VoLTE in the next few weeks.  Voice over LTE, or VoLTE, allows voice calling to be done over the LTE data network instead of over 2G – so we can expect a boost in call quality soon… but who calls anymore?

– At Google I/O this year, Google announced Android One – a low-cost, quickly-updated budget smartphone initiative.  Unfortunately, these phones were expected to be sub-100 dollars, but it looks like they could now be between 115 and 165 bucks – not that much of a difference, but definitely makes them less of a budget phone line

– This week Google introduced a drone-based delivery system of their own through a new video.  What makes their system different than Amazon’s is that it appears Google’s uses a string and magnet combination to slowly lower your package and then leave it on the ground.  Check out the video here

Since Monday is Labor Day a lot of companies are having sales on their websites.  Below are just some of the links to each company’s deals listed on TechBargains.com – Shoutout to them!

– AT&T released an Android 4.4.3 update to their HTC One M8 this week.  Unfortunately, they quickly halted their update due to an outcry of battery drain concerns resulting from the update.  So hopefully they release the update again soon!

– The At&T Galaxy S5 got a pretty big update this week at 143MB.  The update includes security patches, application installation enchantments and a fix for an accidental emergency dial issue on the lock screen as well as improvements for sluggish performance.  Check out the update here

– T- Mobile’s Galaxy S5 also got a firmware update this week.  This update is designed to boost performance and reliability.  Check out more about it here

– Not a phone update, but for you gamers out there the Xbox One SmartGlass Android app was updated this week.  There was a lot added including a lot of activity post support.  Check out the full changelog here

This week their will be a lot of keynotes and announcements of new products since Samsung is having their annual Unpacked event and IFA is this week.  So, I thought I would include in this week’s episode the times of all the events!

– Samsung Unpacked 2014 is Wednesday September 3rd at 9am EST.  The livestream can be viewed on Samsung Mobile’s YouTube channel

Keynotes from IFA in Berlin

– Samsung’s keynote will be on Friday, September 5th at 9am EST

– Arcelik, a Turkish manufacturer of household appliances, will have their keynote that Friday as well at 12pm EST

– Intel’s keynote will be on Saturday, September 6th at 5:30am EST

Check out more about the IFA keynotes on the IFA Berlin website!