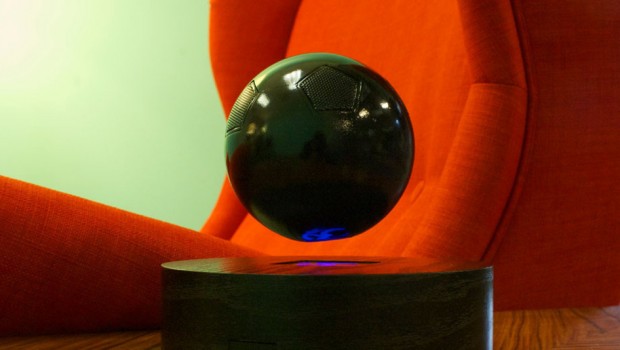 Hey guys!  It’s time for episode 4 of A Week in Tech!  You might have noticed that there was no news last week… well that’s because Tim and I went to New York City last weekend to see Eminem! And it was awesome!

So, this week will be a culmination of two weeks of news, but I will try to keep it short.  And expect a video from Tim today or tomorrow too!  On to the news!

– Alongside the Galaxy Note 4, Samsung could (probably will be) announcing their version of a VR headset.  This device will boast dual lenses, a focus dial and a microUSB port to hook up the headset to a smartphone.  Hit up the source to see the leaked photo of it!

– Samsung could be offering some new technology in their upcoming Galaxy Note 4 – an ultrasonic cover.  This is specially designed for the visually impaired and will detect nearby objects and provide appropriate feedback

– We now have more proof that Android L might be called Lemon Meringue Pie.  I don’t know why this is news, but apparently some people found multiple sources in code and documentation that list the next release as “LMP”.  So there you have it… the next Android will be a delicious baked good

– USB Type-C with a reversible design has been finalized!  This connector is about the same size as that of the Micro-B USB we are all used too and will now be the same on both sides of the cable… so no more failed USB connection attempts.  With time this will definitely catch on and hopefully become universal for all devices

– Researchers at Michigan State University have developed a new generation of clear solar panels.  These panels could affect our lives as they could one day be integrated right over the screen of our smartphones or tablets – with this we could see self-charging mobile devices at one point.  How awesome is that!

– Amazon announced Amazon Local Register – their version of a Square credit card reader.  This device, which goes right now for $10, will allow local businesses to accept money via a credit or debit card easily through their mobile device.  What makes Amazon’s version different right now is the fact that they offer a low 1.75% fee per transaction.  Visit Amazon to learn more!

– Google I/O attendees got an email last week reminding them that they will be getting their Moto 360 soon.  In this email it stated that the attendees must fill out a form to receive one by September 5th – which hints that the Moto 360 will be arriving sometime in September.  I can’t wait! – Anyone want to buy my Gear 2?!

– Sprint and Verizon have both announced new pricing plans.  Don’t quote me on this, but it appears Sprint got rid of their Framily plan and added two new options.  Sprint announced an unlimited talk, text and data plan for just $60/month for one line.  Sprint also added a new promotional plan that allows up to 10 lines on an account for $100/month and all the lines share 20GB of data.  Verizon on the otherhand, announced a $60/month, 2GB with unlimited voice and text single line plan.  Head on down to the source to learn more about these plans

– This week a patent by Google was released for a new design to Google Glass.  It shows off a much more practical design that is more fashionable and makes Glass much less noticeable.  Hopefully Google will implement this design change before they officially release Glass to the public – maybe that’s what’s taking them so long…

– Nvidia showed off their new 64-bit Tegra K1 “Denver” chip for android last week.  I don’t know about you, but this stuff is a little out of my league – but, it means we will be getting better performance out of our phones

– The Samsung Galaxy Alpha was finally released!  This device will be avaliable September 12th and will sport a 4.7in 720p Super AMOLED display, a 1.8GHz quad core chip (or octa-core), 2GB RAM, Android 4.4.4, 12MP/2.1MP cameras, 1860mAh battery and a beautiful iPhone-ish metal frame.  UK fans will be able to pre-order this device starting August 28th!

– Meta Watch’s “premium” smartwatch is now available for preorder!  The price ranges from $250 to $350 depending on the material you want.  Head on over to Meta’s website to preorder it now!

– This weak Om Audio announced the world’s first levitating bluetooth speaker. (Seen in featured image)  This looks like a pretty amazing device as the sphere of audio spins around and levitates in mid-air.  But, who knows how good the audio actually is.  Looks like Om is doing their own Kickstarter-type delivery system for these with prices starting at $180.  Order now!

– Now you only have to barely move your hand to control your smart glasses!  With a new device called Myo by Thalmic Labs, you can now control your Google Glass, Epson Moverio, or Recon Jet with subtle hand and finger gestures.  Head on over the Thalmic Labs’ website to pre-order one now for $149!

– Samsung announced a USB cable that lets you charge three mobile devices at once.  This included 2-amp charger will output two amps for one device, one amp for two devices or 667mA when charging three devices.  Head on over to Samsung’s website to pre-order this multi-charging wall charger for $39.99

– The exclusive OnePlus One got an update to Android 4.4.4.  This update contains multiple fixes for various issues as well as some stock Android related changes.  Head on over the OnePlus’ forums for more information

– For you gamers out there, Microsoft announced a future update for the Xbox One.  This update will allow you to stream TV to your Android device, a new TV mini guide and a new media player with suppport for USB and DLNA.  Check out more about it here: Xbox One Update

– Pebble’s firmware was updated to version 2.4!  Seems like this fixed a lot of bugs that the device had… I wouldn’t know – I don’t have one (Moto 360 all the way!)  Hit up AndroidCentral for all the details on the update

– The AT&T Moto X received Android 4.4.4 this past week!  Head on over to Motorola’s website to learn more about it!  The Sprint Moto X is also being rumored to be going through a soak test for 4.4.4 now too- so stayed tuned!

– Google Glass was updated to XE20.1!  This update included things like full support for Google Contacts, more voice commands, and the ability to turn off Glass with a simple nudge of your head.  Hit up Glass’ support section here for more details