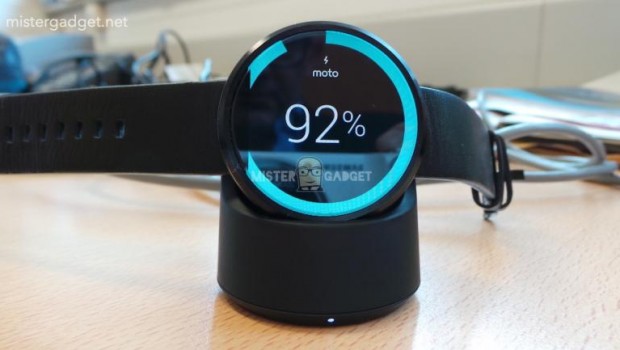 Guess who’s back?  Back again.  Jason’s back!  And I’m back with episode 3 of Tim and I’s weekly tech news!  Just a heads up, next week there will be an article, but may or may not be a corresponding video – Tim and I are going to New York City to see Eminem!  Plan on another surprise sometime next week though.

I am going to try something new this week and only do quick news – along with the deals and software sections.  I feel people would rather just get quick updates instead.  Let me know what you think of this!

– The Samsung Galaxy Alpha!  This new Samsung device leaked even more this week and it looks really nice, but unfortunately the specs aren’t as good as I’d like – as least we are seeing Samsung using new materials.  Hit up the source for more info

– Some more Moto 360 news!  The wireless charger for the Moto 360 (see featured image above) was leaked this week – it looks amazing.  Along with pictures of the charger, we also learned that the Moto 360 will feature a heart rate senor

– We are getting closer to Android L that’s for sure.  This week Google released a preview SDK for Google Fit!  This gives developers access to three different set of APIs to build health and fitness apps

– The United States Department of Transportation will most likely be passing new rules to ban in-flight phone calls.  I’m fine with this… not like many planes had to ability to even receive a signal at 30,000 feet

– Facebook Messenger updated this week with support for Android Wear – allowing users to view and compose, via voice, messages to their Facebook friends.  Pretty cool!  Download the update now

– Good news!  Google Play Store’s refund window now seems to be around two hours for many apps instead of the 15 minutes it was before.  So go buy some game, play it and then get your money back

– Some unfortunate news… @Evleaks, one of the best tech leaking sources on the web, retired this past week.  But, it looks like someone started an Indiegogo campaign to help Evan of Evleaks get back on his feet from some medical issues.  So go help him out here: Indiegogo Campaign if you want him to continue leaking!

– Amazon expanded its same-day delivery this week to include six more cities: Baltimore, Dallas, Indianapolis, New York City, Philadelphia and, DC.  If you live in one of these cities it will cost you $10 or $6 if  you are a Prime member and you have to order before noon that day to receive it that day

– Google Play is having a Summer Sale right now with some great deals!  Check them out here: Summer Sale

– I thought this was pretty amazing, but unfortunately unpractical.  A company called Intelligent Energy released the Upp – a $200 phone-charging fuel cell that uses hydrogen cartridges as the fuel source.  Pretty amazing but after that hefty price point, it will cost you about $10/month for more cartridges

– This isn’t really a gadget but it requires one.  Flappy Bird is back!  But only if you have an Amazon Fire TV.  Kind of weird that Dong Nguyen, creator of Flappy Bird, decided to make it an exclusive

– The LG G Watch Charging cradle is now avaliable in the Play Store – So if you need/want another, just head over to Google Play to pick one up for $20!

– A company called Navdy has created a $500 device that basically sits on your dashboard in your car, connects to your phone via bluetooth and projects an image to the windshield.  This looks a pretty cool device despite the price point – it’s up for preorder now and will ship in 2015

– The LG G Watch got an update this week  which aims to use software to address corroding charging pins – check out more about this update here: LG G Watch

– AT&T sent out an email to official testers for what appears to be an Android 4.4.4 update for the Moto X – hopefully this means everyone with this device will be getting the update soon! Check out more about this here: Moto X 4.4.4

– The HTC One M8’s gallery got an update this week allowing users to share M8 Duo camera effects.  Check out more about the update here

– European fans got an update this week for the HTC One M8 to Android 4.4.3 – Check out more about this update here: HTC One M8

– Here’s a little something extra.  Head over to this article on Android Central to see if your device may or may not get Android L!