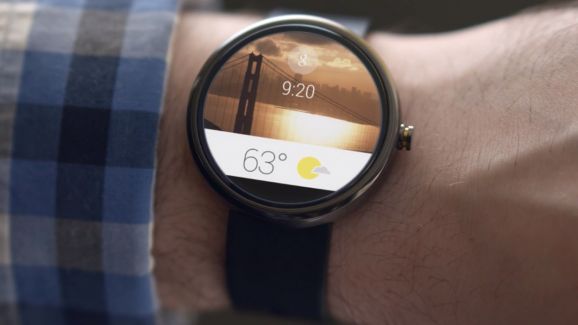 Hey everyone!  We are back with our second installment of “A Week in Tech”.  Lots of interesting stuff happened this past week in the tech world so let’s get to it!

GALAXY NOTE 4!  It’s just been announced that Samsung will unveil the Galaxy Note 4 on September 3rd.  This device is rumored to feature a 5.7in QHD (2560×1440) display, an Exynos 5433/Snapdragon 805 processor, 3GB RAM, a 16MP rear camera, an ultraviolet sensor and at least Android 4.4.3.  I can’t wait to see what this device looks like and what improvements they make to the software!

Phone unlocking is now legal!  Yes that’s right folks, you are now able to unlock your phone with the government’s approval.  Not that you weren’t doing it before… The bill, (which I am surprised the government even cares about this stuff – like, don’t they have better things to worry about) which was approved by the Senate, was recently approved by the House – and just this past week Obama signed it into law.  So have fun switching your phone’s carrier now!

Let’s talk a little about what we know so far about the Moto 360.  At this point in the Summer we can assume that the Moto 360 will probably arrive at some point in September and will probably arrive at a $250-$300 price point.  We know that it has an orientation free design, is water resistant, charges wirelessly, uses the Android Wear platform, and we just recently learned that it will come with an ambient light sensor.  The screen is rumored to be a custom-made OLED display – which will allow for better battery life than an LED screen.  Apart from that, we do not know much about the actual specs of this device.  But I’ll be sure to keep you guys updated.

Another device that I think everyone is waiting for is that of the Nexus 6.  Rumored to be under code-name Shamu, the next Nexus will in fact be manufactured by Motorola.  Besides that, rumors suggest that this device will have a 5.5 in display with 1440×2560 resolution, an Octa-core, 64-bit processor, a fingerprint scanner and will be IP67 certified.  As this phone will be directly competing with the iPhone 6, we can assume that it will be released sometime in the Fall.

Thought this was pretty interesting.  Amazon Prime members now have the option to choose “FREE No-Rush Shipping (5-7 Business Days)” at checkout.  If you choose this option, which I don’t know why you would, you will receive a $1 Amazon Instant Video Credit.  I could understand why Amazon decided to add this option – they must be losing a lot of money on Prime shipping and are trying to find a way to get it back.

– Android TV dev kits started to ship out this past week to developers – no consumer release date has been announced but if are a developer head over to this link: Dev Kit  to apply.

– Google released a 64-bit beta version of the Chrome desktop browser for Windows 7 and 8 – head over to this link: Chrome Beta to download it now

– Samsung grabbed a patent for round smartwatches… is Samsung finally realizing what people want? Check out the patent here: Samsung Patent

– A OnePlus watch was leaked this week – looks like we could be having another circular display in the smartwatch arena – Check out the leak here: OnePlus OneWatch

– Samsung told its investors that they will be having two new incoming models – one with a large screen and one that would be made using “new materials” – Check out more about this hopefully metal Samsung device here:  Metal Device?!

– Qi Wireless Charging v1.2 was released allowing charging from a greater distance – up to 45mm away – check it out here: Qi Charging

– The Google Now Launcher is now avaliable for all Android 4.1+ devices! Download it here: Google Now

– Motorola is offering a 10% discount on most of the accessories sold through their online store! Just use code JUSTBECAUSE10 at checkout – valid until the end of August

– – FreedomPop, known provider of free data, is now adding tablets to their list of supported devices.  If you buy one of their tablets, the iPad Mini or Samsung Galaxy Tab 3 7.0, or have a compatible tablet, then you can receive 500MB of 4G data, 200 voice minutes and 500 text messages for free per month – head over to this link to check it out: FreedomPop

– T-Mobile Galaxy Note 3 and Galaxy s5 were updated this week too, but it seems as though they were very minimal – T-Mobile Updates

Let me know what you think about the news in the comments section below!