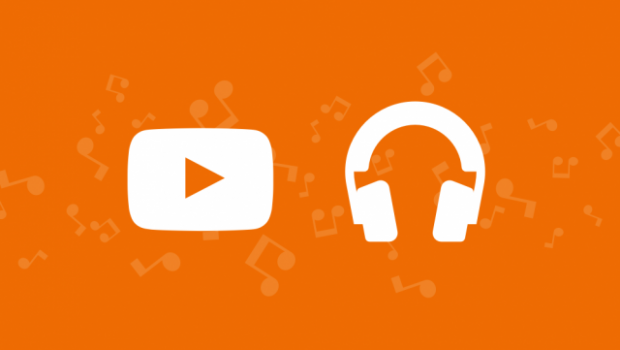 Gonna try something a little different this week and write less about more things – so I can deliver the most news as possible!

– Google announced this past week that they will soon be rolling out an update to Google Play Services to version 6.5.  This update will bring with it a lot of new APIs for developers to work with – including more flexibility from Google Maps, custom file properties to Google Drive, and support for the Google Fit SDK.

– Finally!  A couple months ago I talked about how the micro USB connector would soon change to a new type allowing it to be reversible – and that day is finally here!  Microsoft recently released their new Nokia N1 tablet and not only did it surprisingly come with Android 5.0, but it is coming with a reversible USB connector.  Can’t wait to see this Type C connector hit other devices in the near future!

– The Amazon app was recently updated and with it came some pretty awesome new features.  For one this update made the app compatible with the all the new Android 5.0 devices that will be releasing.  In addition, the update includes support for Android Wear so you can now order stuff through your wrist in the matter of seconds!

– Intel is now gearing up to merge its mobile phone and tablet divisions with their PC chip-making division.  This is probably a good idea for Intel as they struggle to maintain a profit in the mobile sector.  According to Intel, ” the idea is to accelerate the implementation and create some efficiency so that we can move even faster.”  What change would you like to see out of Intel?

– Google is continuing to push Google Wallet by giving people a pretty big incentive to get others to sign up.  If you get a friend, who has never had a Google Wallet account before, to sign up then send them any denomination you wish, you will get $5!  They are letting you invite up to 20 people and get $5 from each of those people and thus you could get a possible total of $100!  That’s a pretty big incentive I’d say.

–  Samsung stated this past week that they will be bringing a flexible display to the market by the end of 2015!  There are a good amount of devices that have “flexible displays”, such as they LG G Flex or the Samsung Galaxy Round, but none of them are flexible in the sense that they are able to bend or fold.  Can’t wait to see what crazy design Samsung has in store for us!

– In more Samsung news, they announced this week as well that they plan to cut down their total global smartphone models by 25-30% in 2015.  This is good and bad news as we won’t see as many beautiful Samsung devices next year, but it does mean that, hopefully, the devices they do release will be better.

– Facebook, for whatever reason, is yet again breaking down its main app with the release of their new Facebook Groups app.  This app simplifies how groups work by allowing all your memberships to be displayed on one screen so you can see all the notifications and such from them at once.  Download it here!

– Rumors have been going around that the launch of the second generation Moto 360 could come as early as the Q1 of 2015.  The rumors state that the second generation will be more “beautiful” and feature a design which is more like a watch.  I love the look of the current Moto 360, but I would like to see them improve it!

– This past week Google officially announced a new service named YouTube Music Key.  This service, which is still in beta, allows users the ability to download music videos to their device for offline playback at a later time.  Unfortunately, this is currently only available to Google Play Music All Access subscribers, but in addition, they will also have the ability through this app to play YouTube videos while in a different app or even with the screen off!  Check out Tim’s video on it to learn more!

– This past week Sprint decided to drop the price of the newly released Nexus 6 to $250 on a 2-year contract.  This is awesome as AT&T had it up for $250 to begin with.  Apparently if you had already bought the device between 11/14/14 and 11/18/14, then you will receive an automated SMS letting you know of a $50 credit to your Sprint account!

– Amazon currently has the ADATA Premier 64GB microSDHC/SDXC Class 10 card for only $2o!  Despite it not being a major SD card brand, this is an amazing deal.  Hit up Amazon now to buy it before this deal disappears!

– Staples currently has Google’s Chromecast for only $25 right now!  Hit up Staples to grab this deal!

– Lastly, Best Buy has Amazon’s Fire TV Stick for just $25 and they have it ready to ship today!  Hit up Best Buy now before this deal disappears!

– This past week AT&T’s Samsung Galaxy s5 and Samung Galaxy Note 3 both got an update.  Unfortunately, it was not an update to Lollipop, but rather an update to Android 4.4.4.  The update brings Android bugfixes and minor improvements for both while the GS5 got a new HD Voice Icon and International Wi-Fi calling and the Note 3 got kids mode, SideSync  3.0 and Knox 2.0.  Hit up AndroidAuthority to learn more!

– Pebble released a firmware update to their smartwatch this past week bringing it to version 2.8.  This update includes support for more languages and characters as well as full notification support!  Hit up Pebble to learn more!

– Apparently HTC promised users of the HTC One M8 Google Play Edition an update to Lollipop this past week.  But unfortunately this update was delayed with no new release date set.  Hit up Phandroid to learn more!