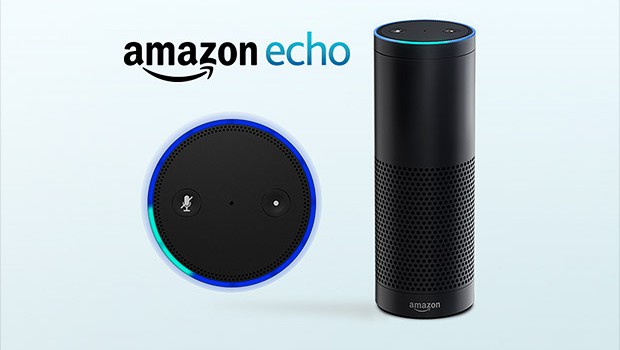 Some good news this week and lots of wearables being released!

– Sharing files across platforms has become a lot easier since the release of the cloud, but it appears Google is trying to make the process even simpler.  Presenting Google “Copresence”, a name that hints at more of a location-based service, but it will still most likely use Bluetooth or WiFi to communicate and transfer files.  Apparently Apple has something like this called AirDrop that determines devices that are nearby and available for sharing.  Other than the ease of use that Copresence will have, it may be cross-platform across all your devices including your computer – which is something I am excited to see.

– Not sure if Tim talked about this, but I want to highlight a feature of Android 5.0 Lolllipop that we will all be happy exists.  With Android 5.0, carriers can now have Google Play install their carrier-specific bloatware automatically.  Now, this may seem like a bad thing, but what this means is that these apps will be installed on the data partition of the phone instead of the system partition side – and thus these apps should be able to be deleted if desired.  Don’t quote me on this, but lets hope its true!

– Google introduced a feature with Android 4.4 KitKat which restricted apps from accessing other folders on the MicroSD card – which people were obviously not happy about.  Now, with Android 5.0, Google will apparently be lifting these restrictions giving applications easy access to read and write content on the entirety of the SD card.  Now don’t worry, apps will need a one time permission from the user before going ahead with this.

– Some good news for those converting from Apple to Android (hopefully everyone with an iPhone), Apple finally released a tool this past week to fix lost messages when switching over.  Apparently the problem was that when a user does not de-register their phone number from Apple’s iMessage before moving their SIM to an Android they would not receive some messages.  So, if you forget to de-register your number then you can now go to Apple’s website and de-register it there!  Good job fixing a problem that’s been going on for three years Apple!…

– Good news for you LG G3 users out there – it appears that LG will be releasing an Android 5.0 update to the G3 this week!  Unfortunately though this update will be heading to Poland first and then other markets as quickly as possibly – but, hey, its still an incredible fast update to Android 5.0.  Good job LG – I”m very jealous!

– In case you missed it Google Maps and Google Calendar were both updated this past week to include Material Design as well as many other changes.  Hit up Tim’s video on the new Maps and Calendar apps to learn more about what changed and to get the apks!

– Another Google app that was updated this week is that of the Google Play Store.  I don’t believe Tim posted this, but the Play Store got a minor update this past week to V5.0.38 bringing with it some bug fixes.  If you don’t have the Material Design update or just want the latest, then hit up the source to download the apk now!

– Recent reports are saying that Samsung may be getting ready for a big purchase in New York City.  It appears that Samsung may be purchasing 1 million square feet in New York City to house about 7,000 employees in some new office space.  This is quite as interesting purchase for Samsung, as their United States headquarters is currently located in Ridgefield Park, NJ and only consists of 230,000 square feet – so does this mean that Samsung could be moving their headquarters to NYC?  Who knows, but it is interesting to see Samsung purchase such a huge amount of space – but then again, this is Samsung we are talking about.

– With the Samsung Galaxy Note 4 just a little over a month old, we are already seeing rumors of what Samsung will be bringing to the table with the Galaxy Note 5.  These rumors are telling us that the Galaxy Note 5 could sport a 5.9 inch 4K resolution display.  This would amount to a resolution of 3840 x 2160 and thus a pixel density of 746ppi – making it the most pixel dense smartphone on the market.  This sounds like a huge update from the Note 4, which already looks amazing, so I can’t wait to see what Samsung brings with the next generation!

– Recent reports suggest that Sprint could be heading into 2015 with a plan to cut contract and phone subsidy pricing.  T-Mobile started the idea of customer phone plans that allow for no subsidies on devices with a 2-year contract and it appears Sprint may be doing the same thing sometime soon.  This will definitely be a good option for those looking to buy a new Sprint phone in 2015.

– This past week saw the release of a bunch of new gadgets and wearables that we have been waiting for.  So, I am just going to list them all with a link so you can find out more about each and decide if you want to buy one!

– This past week Amazon launched a new voice assistant device called the Echo.  This device, which will run you $200 or $99 if you have Amazon Prime, at first glance looks like just a Bluetooth speaker, but it is in fact much more than that.  With its seven microphones, it can hear your voice from any corner of the house and provide users the ability to access content and media without having to pull up their phone – as well as play music.  Hit up Amazon and the humorous Youtube video on it to learn!

– Just today, Motorola pushed out an update to their Moto Connect app.  This update, which is now available on the Play Store, brought a ton of new watch faces to the Moto 360, including the ability to create your own watch face, as well as a new Moto Body experience  – Motorola’s fitness app.  Hit up Google Play to download it now!

– This past week OnePlus rolled out an OTA update to the OnePlus One bringing CyanogenMod’s CM11S build number 44s.  Now those numbers mean nothing to mean, but this update will address a handful of glitches and bugs including touchscreen issues, and screen artifacts.  Hit up OnePlus to learn more about this update!