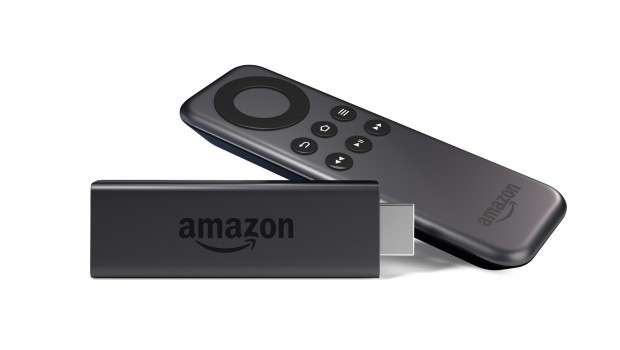 Hey guys!  Sorry there was no news last week – I was pretty busy with school work and I figured Tim had covered a lot of the news from Google regarding the Nexus 6,9 Player and Android L.

Now, on to this week’s news!

– This week brought some rumors to rest as LG announced their first ever processor for mobile devices – dubbed the NUCLUN.  And what a better way to market this product than by putting it inside LG’s newest phablet – the LG G3 Screen.  This phone will only be for the Korean market, but has some nice specs with a 5.9-in 1080p display, 32GB internal storage, 2GB RAM, 13MP rear camera, and a 3,100mAh battery.  Hopefully we can see a device from LG with their new processor hit the U.S.!

– An updated version of the Chromecast was recently passed through the FCC this past week.  This already near-perfect device is getting just a little better with an upgrade that brings 5GHz WiFi support.  This will obviously allow for better connectivity over your network, but clearly isn’t much of a big change for the average consumer.  Just wish they would make these things work better on campuses – whether its Google’s fault or my university’s, I just want my Chromecast working…

-Verizon has just recently announced some more changes to their data plans this past week.  To start off they made some changes to their early upgrade program, Edge.  A costumer now has to make twenty four instead of twenty monthly payments before they can upgrade and must pay off three quarters of the cost rather than the previous sixty percent.  In addition, Verizon changed their More Everything plans by increasing the discount on plans between 500MB and 8GB to $15 and by increasing the discount $25 on higher data plans.

– Its almost here!  Pre-orders for the Motorola Nexus 6 will begin this Wednesday, October 29th!  Just for some quick specs: this device will come with a huge 6-in display sporting a 2K resolution, a 3,220mAh battery, 13MP rear camera, Qualcomm Snapdragon 805 Quad Core GPU, and 32 or 64GB of internal memory.  Let me know in the comment section if you are going to get the Note 4 or the Nexus 6!  And don’t forget to check out Tim’s article on the Nexus 6.

– A new competitor has stepped into the virtual reality world alongside Samsung and Oculus – Archos.  This week, Archos introduced the VR Glasses, a much cheaper virtual reality for us to get our hands on at just $30!  Archos states that this device will require a phone will at least a 5″ 1080p display and a quad-core processor and then you will be able to enjoy all of the games, videos, and other applications in virtual reality that you want!

– In interesting device news, Sprint released a new phone last week called the Sharp Aquos Crystal that comes with a almost bezel-less design.  This device, which is only $240 off-contract on Sprint, comes with some decent specs such as a Snapdragon 400, 5″ 720p display, 8GB internal memory, 8MP rear camera, 1.5GB ram, and a 2,040mAh battery.  Unfortunately, these specs could be better, but the phone looks really nice – can’t wait to see another company make a phone like this with better specs.

– I know Tim went over a lot of what is included in Android Lollipop, but I thought I’d go over some key features that some of you may have not seen.  For one, Android L will come with full multi-user support for phones, allowing you to share your phone with others without them having access to all your information.  Android L will now default to mobile data when Wi-Fi has no internet access, the built-in clock’s background now adjusts with the time of day, a feature called ‘Screen Pinning’ which allows you to lock your device to a single app before handing it off to someone else, and much, much more!  Hit up the source to learn about all these hidden features of Android Lollipop!

– This week Google added to their collection of Material Design apps with an update to the Google Play Music app.  Besides an update to the UI, which looks amazing, this update redesigned the Listen Now page making it easier to find new music, made album and artist descriptions easier to read and there are cards that will show you what songs you’ve recently played.

– As Tim mentioned earlier today, Amazon put their Chromecast competitor, the Fire TV Stick, up for pre-order.  This device appears to be better than the Chromecast in terms of specs as it comes with 1GB of RAM, 8GB internal storage, dual band/dual antenna Wi-Fi, and has Dolby Digital Plus certified surround sound.  Unforuntaely, this device won’t ship till November 19th, but it will only cost you $20, half off the original price, if you are a Prime member and buy it now!  Pre-Order now!

– With this past week came the release of Android Wear 4.4w.2!  This update, which was released for the LG G Watch, Moto 360 and others, includes some pretty nice features I have been waiting for.  With this update came offline music support, allowing you to save songs to your watch and send them to a bluetooth device, some new design changes to the music cards, GPS support, and a new bluetooth paring settings menu.  Check out more about this update on Androidpolice.