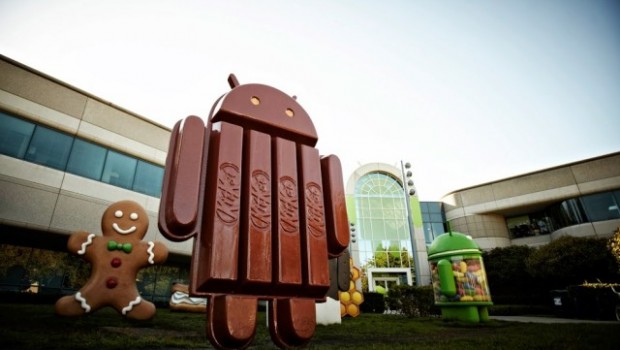 Another week, another ‘A Week in Tech’ on qbking77.com! Let’s get to it!

– Some recent leaks suggest that Samsung’s first virtual reality headset, the Gear VR, will hopefully launch sometime in December and will cost around $200.  This is a great device for such as amazing product, but it will come with some issues.  This device can only be used with a yet to be released Galaxy Note 4, and another leak suggests that this device will only last about 25 minutes before it starts to overheat.  Will you still buy this product despite these downfalls?

– If you have ever heard of the app Yik Yak then this news might interest you as it appears Facebook is working on a version of their own.  Essentially, this app is an anonymous, Twitter-like, social networking app where anyone in a certain area can tweet anything without anyone knowing who posted it.  This app is great for colleges and such and a version by Facebook would definitely help the idea grow.

– Motorola’s next smartphone, the Nexus 6, is officially real as it just passed through the FCC this past week!  This posting doesn’t say much expect for the fact that the device will support bands from AT&T and T-Mobile – it appears though that this device may not work on Verizon.  For some quick specs, this device is expected to have a 5.9-inch Quad HD display, a 13MP camera, 3GB RAM, a Snapdragon 805 chipset, Android L, and a 3,300 mAh battery.

– Some unfortunate news – HTC has confirmed previous rumors that it had planned to launch a wearable this year, but then they decided to postpone the launch until ‘sometime in 2015’.  Would have loved to have had more competition for the Moto 360, but I guess this gives us time to enjoy our 360s and wait till next year  to see what comes out!

– Some Android Wear news – it appears that it will be getting a huge update when Android L is released.  This update brings with it previews for watch faces and notifications sizes, volume adjustment for audio playback (finally), NFC support, location services, Google Fit, and a whole lot more.  Most of this is straight forward, but it appears the NFC would make it easier to connect your device to your phone.

– In other news, it appears that the online shopping giant, Amazon, is gearing up to open its first physical store.  This first store is rumored to be in Manhattan, of course, and will reportedly be on 34th street.  Now you might ask why, why would Amazon open up a retail store?  Some reasons could be to introduce people to Amazon, show off what they sell, let people explore products before buying them, and to serve as a place to pick up products bought online if you so please.

– If you didn’t see already, as Tim posted a video on it!, The Google Play Store was updated to version 5.0 this past week!  This update brought with it a new icon, a much more ‘Material Design’ UI, the ‘What’s New’ section is now at the top, new icons for widget suggestion (showing us what the icons will look like for Google apps in Android L), and a new notification icon.

– The man behind Google’s lawn sculptures for each one of their Android updates, Giovanni Calabrese, has been teasing his latest project as he heads to Google’s HQ and is looking for volunteers to help him.  Help him with what you say?  With building the sculpture for Android L, of course!  Although many of us have been left wondering what the next version of Android will actually be called, Mr. Calabrese appears to know as he has been teasing the name ‘Licorice’ all over his Google+ page.  Do you guys think it will be licorice? Lollipop? Lemonheads? Let me know in the comment section below!

– In rooting news, Chainfire’s SuperSU got a huge update this week to 2.13.  This update, which is now available on the Amazon Appstore, comes with improved support for Android TV, some tweaks in preparation of Android L, and a lot of bug fixes and such that I don’t really understand… Hit up the source if you want to learn more!

– Google has recently teamed up with Hulu to deliver two free months of Hulu Plus to any current Chromecast owner!  To find out if you are eligible, go to the menu in the Chromecast app on your Android device and look for ‘Check for Offers’.

– Remember those digital tattoos I talked about awhile back and Tim did a video on? If not, check out Tim’s video here!  They are now available for all NFC-enabled Android phones!  Buy them here for only $12!

– In great software news, Samsung is already rolling out an update for the Note 4 before the worldwide launch of it later this week.  This update is reported to include stability improvements, but more importantly, will bring “significant” battery life extension.  Learn more on SamMobile.

– This past week, Samsung put out an update to their Galaxy S4 on Verizon bringing it up to build VRUFNG6.  This update includes Samsung’s Knox 2.0 for enterprise, Kids Mode controls, the renaming of Isis Mobile wallet to Softcard and a bunch of bug fixes.  Hit up Verizon to learn more!