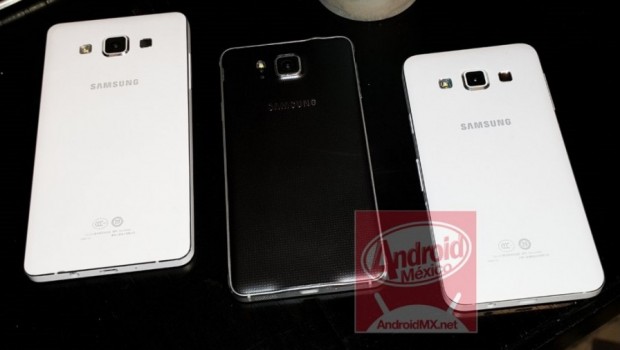 – Great news!  Two aluminum unibody Samsung devices have recently been leaked!  These devices, dubbed the Galaxy A3 and A5 (seen in the featured image above), will supposedly come with a 64-bit quad-core Snapdragon 410, 2GB RAM, a 4.8-inch 720p display and a unique metallic material with chamfered edges.  I don’t know when or if these devices will come to the U.S., but I hope they do!

– A quick piece of news that I did not cover last week – Verizon unlimited 4G data customers are now possibly being throttled.  This started on October 1st and it appears this will only happen if you check a box on their updated ‘Network Optimization Policy’ as Verizon is trying to relieve some strain on their network.  Hit up the source to learn more about whether or not you will be throttled – but, should you really be complaining about this? I mean, you have unlimited data.

– FreedomPop, America’s completely free carrier, announced that it will be launching some own-brand devices for under $100.  These devices, which will come with 200 minutes, 500 text messages and 500MB of data, include two tablets and a smartphone – all of which will cost just $89 each.  One of the tablets comes with a 7-inch screen, 4GB of internal storage, a 1.2GHz Cortex-A9 processor and a 2,400mAh battery.  This are definitely some cheap devices and with free service, you can’t really complain.

– Lots of news this week when it comes to carrier data plans!  Sprint has decided to offer double the data on their high-end data plans.  This means that if you have 32GB or more data on Sprint’s Family Share Pack plans, your data will be doubled.  In addition, companies using Sprint’s Business Share plans with 40GB or higher will also be getting double the data.  I don’t know who actually gets a plan this big, but if you do, then today is your lucky day!

– This week AT&T and Verizon also started offering double data for their high-end data plans!  For AT&T, the company’s 15-50GB Mobile Share Plans will all be doubled while Verizon has increased their high-end plans (12GB to 50GB), but they weren’t all necessarily doubled.  What great news this week for all those with shared data plans!

– This past week a video was released by Samsung that shows the TouchWiz version of Android L running on a Galaxy S5!  I have to say Android L definitely looks like a nice improvement to KitKat with all its various visual changes and animations.  Hit up SamMobile.com to see the video and look at Tim’s video talking about it here.

– This week saw another addition to the ‘Material Design’ of Android L with an update to the Google Play Newsstand app.  This update allows you to see a list of articles from the magazine that you can easily scroll through, it will allow you to access “deeper topic cards in the Explore section” as well as all the UI changes.  Additionally, this week brought an update to the Google Plus app bringing a more ‘Material Design’ UI to it as well!

– It has been reported this past week that Google tried to buy out Cyanogen Inc. for $1 billion and Cyanogen declined the offer.  This is obviously good news for us as if Google had obtained Cyanogen they might have destroyed the whole idea of what CyanogenMOD stands for in their attempt to monopolize the tech world.

– Along the same line, Facebook officially bought out the popular messaging app WhatsApp for almst $22 billion.  It appears as thought Facebook plans to not change WhatsApp’s business model and will not be changing the service anytime soon.  Additionally, WhatsApp founder Jan Koum will be paid just $1 a year like Zuckerberg is currently.

– Unfortunately, Verizon announced that its streaming service, Redbox Instant, will be shutting down on October 7th.  Clearly this service just could not survive in a streaming world dominated by Netflix.  O well, we still got Netflix!

– A direct competitor to Google’s Chromecast, the Matchstick, is in the Kickstarter phase and will cost you just $18 to back.  Despite still not having 5GHz WiFi, this device will have more powerful hardware than the Chromecast and will come completely open source.  Hit up their Kickstarter to back this project!

– AndroidGuys is having a deal on a pretty cool device called the Extreme Micro Drone 2.0.  This tiny quad-copter, which can be easily maneuvered inside and out and has a camera to record everything it sees, will only cost you $75!  At this price for a quad-copter I’m thinking about getting one for myself.  Would be pretty cool in a dorm room… Buy it here!

– This week a new smartband by Lenovo, which looks a lot like the Gear Fit, went through the FCC.  This device will work with both Android or iOS devices, it will have a display with a set of LEDs on the front, will come with a battery life of about a week, and will act as not only a fitness tracker, but as a notification display as well.  Hit up the source to learn more.

– An update to the Nexus 7 LTE version has been released this past week bringing it from Android 4.4.3 to 4.4.4.  This update comes in at only 2.4MB and thus really only has bug fixes.  Hit up AndroidCentral to learn more!

– Sprint sent out an update this week to the Kyocera Hydro Vibe bringing it to Android 4.4.  This update includes Wi-Fi calling, enchancements to MMS, enhancements to the camera, and much more! Check out more on this update here!

One Response to A Week in Tech – Episode 10: Double the Data, Unibody Samsung Devices and More