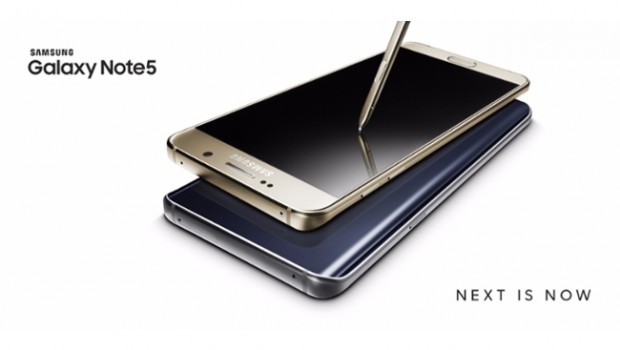 Samsung just had their annual Unpacked event and not only revealed two amazing phones, but also a lot of cool new features and accessories they are bringing to the market.  Let’s check out the newly announced Galaxy Note 5!

The new version of the Note series now has a more elegant design with a full metal frame and glass on both sides.  Unlike the S6 Edge and Edge+, this device does not have a dual-curved display, but rather a dual-curved glass back – which should feel more comfortable in the hand.  The Note 5 is also thinner, lighter, and overall smaller than the Note 4 even though they have the same screen size.  The Note 5 comes with a redesigned S Pen that feels more balanced in the hand, is more precise, and comes with a new click mechanism to remove the pen.  A small, but fantastic new feature of the S Pen is that you can use it to write even when the display is off.

The Galaxy Note 5 will be available August 21st in stores and U.S. pre-orders start today (8/13) at 3pm est!  Click here to see where you can get the Note 5!

Also, click here to see the specs and images of the newly announced S6 Edge+.