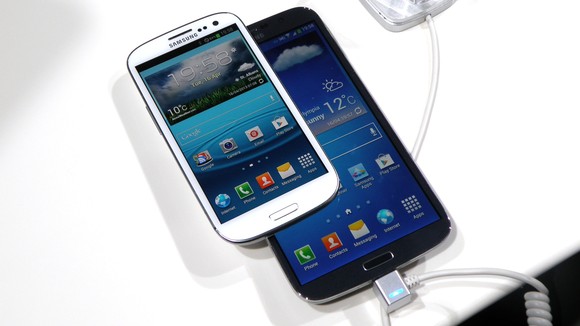 Samsung is at it again; breaking boundaries and making people rethink what a “smartphone” should be. Recently announced  is the all-new Samsung Galaxy Mega. Sporting a gigantic 6.3-inch 720p LCD display, it will definitely turn some heads. Being the perfect hybrid-device between smartphone portability and the multimedia and entertainment consumption experience you get with a full-size tablet, it is catering to a very niche market of folks who enjoy larger-screen devices that can provide both.

Now, granted, this isn’t Samsung’s new flagship device. That comes into play with the Samsung Galaxy Note III expected to be announced at their press conference – along with many more all-but-confirmed devices – held in a couple of days (Sept. 4th) at IFA 2013 in Berlin, Germany. Instead, with the Galaxy Mega, it would be safe to assume that Samsung is “feeling the market” in terms of just how big of a smartphone device people will continue to purchase and use – and maybe more importantly, enjoy using. Along with the whopping screen mentioned above, the Mega will ship with a Qualcomm Snapdragon 400 CPU clocked at 1.7GHz along with 1.5GB of RAM and a 3,200mAh battery – the largest battery available on any Samsung device. An 8-megapixel rear-facing camera, options for internal storage up to 64GB, microSD expandability and Android 4.2.2 round out your basic spec sheet for the device. As I said, no flagship here; but a really neat and peculiar device nonetheless.

As far as carriers go, the Samsung Galaxy Mega will be held by AT&T, Sprint and US Cellular. AT&T so far is the only carrier to have announced a date and is currently offering the device as of August 23rd; with a price tag of $149.99 on contract. A price that you would pretty much expect for a “mid-range” device, but very competitive on the tablet side of the conversation. Sprint has announced that it will start carrying the device “later in the year”.

It’ll be interesting to see how receptive consumers are of a phone this size and just how well it does. We could very well start seeing more and more people walking around talking to their friends and family with laptop-sized smartphones pressed against their head*.

*I’m kidding of course, but you never know 🙂

5 Responses to The Samsung Galaxy Mega – A Quick Look