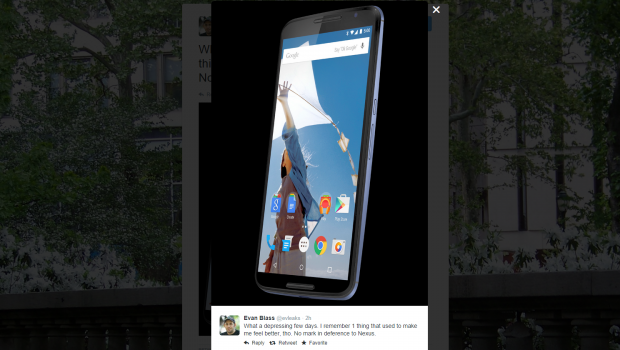 And here it is! Finally a clear image of what the Nexus 6 is going to look like running Android L. It’s crazy how similar to the Motorola Moto X (2014) it looks. I guess I shouldn’t be surprised since Motorola is also making the Nexus 6. Remember, this is supposed to have a HUGE 5.9″ display (Larger than the Note 4’s 5.7″ screen). To many, this is just too large. Motorola is making a smart move in my opinion since they already have an extremely similar 5.2″ display phone on the market (Moto X 2nd gen). This Nexus 6 clear image was leaked by @evleaks who had said he was done leaking things a while back.

Do you think the screen and phone size is going to be too large?