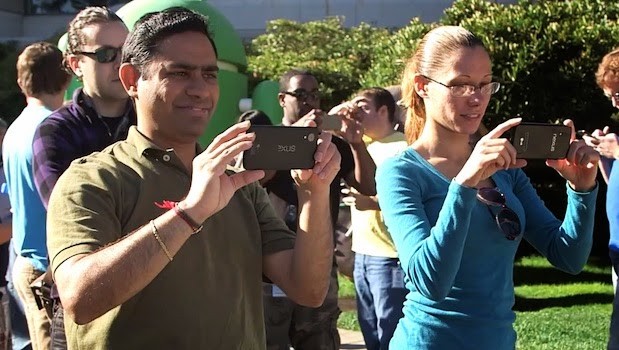 UPDATE: Original video above and more pictures below!

Earlier today, amid the social-media-bonanza of Google announcing the newest version of Android – labeled Android 4.4 KitKat – was a video of the new KitKat Android statue being placed at the Google complex lawn where the other statues reside. People were gathered around celebrating and capturing pictures and videos of this momentous event – but one shot of a man in the official video using his phone to record what he was seeing, has caught everyone by surprise. He appears to be holding what can really only be described as the new Nexus. Possibly the new Nexus 5? We’re not sure and neither is anyone else. All we know is, this device has never seen the public eye before.

It is flat, black, has the Nexus emblazoned across the back horizontally with the camera and flash hardware positioned relatively in the same place as on the 2013 model of the Nexus 7. Frankly, it looks like a shrunken-down version of that exact device. As you can see in the photo above, and for comparison, the woman standing next to him is holding the current Nexus 4.

As I started writing this article, the video had just been pulled from YouTube; which only makes this situation and the potential “oops” by either Google or whoever the man was carrying that device, even more intriguing! Could this be the Nexus 5 so many of us have been dying to see and read about? We sure hope so, because just judging by the back of it, the thing looks nice!

We will have more information as the “mystery device” situation unfolds! 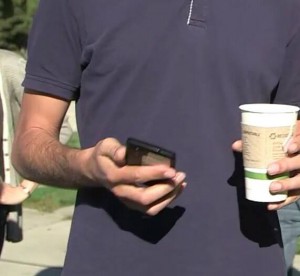 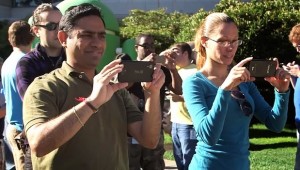