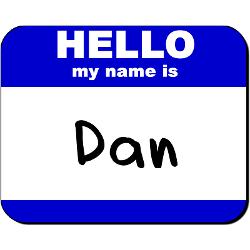 My name is Dan Barbera and I am so excited to be joining QbKing77.com. I can’t wait to bring you guys reviews on everything and anything Android. I will also be venturing into something that Tim doesn’t usually cover… Mac and iOS.

Before I go into how I became obsessed with tech and Android specifically, I wanted to give you a quick background about myself. I am 25 years old and a proud graduate of The Ohio University. I graduated with a degree in Telecommunications (specifically in audio/video production) and I currently work for an independent record label out of Nashville/Cleveland. I have an addiction to buying technology, using it for a few months, and then later selling it online.

A few years back, I used to be strictly an “Apple guy” or what one might call a “fanboy”. I stuck by whatever product they made. No questions asked. iPhone 4, iPhone 4S, it just didn’t matter. I had to have it. Then, one day, for whatever reason, I just finally wanted something different. I had never experimented with any other smartphone before and I was really interested in the LG G2 when it was released. So I bought one and the rest was history.

You could say I fell in love with Android and its crazy customizable goodness. Since that time (which was really only over a year ago) I just became addicted to just about every Android phone on the market. Here is a list of phones/tablets that I have owned at point in time this past year:

Phew. That’s a lot of devices in only ONE year. I am obsessed. I am obssessed with tech and music. The latter being my job and the former being my wonderful hobby. As you can see from the list above, it can be an expensive hobby and I am so grateful that Tim has given it some meaning and allowing me to bring reviews, tutorials, news, etc to all of you.

If you have any questions, want to see a specific review from me, or if just want to tech, you can reach me on twitter @danbarbera and you can also follow me on Google Plus!

Before I wrap this up, I wanted to share some of my favorite tech that I currently own and a few things that I am hoping to own in the future!

Thanks for reading guys and I can’t wait to bring you more articles in the future!