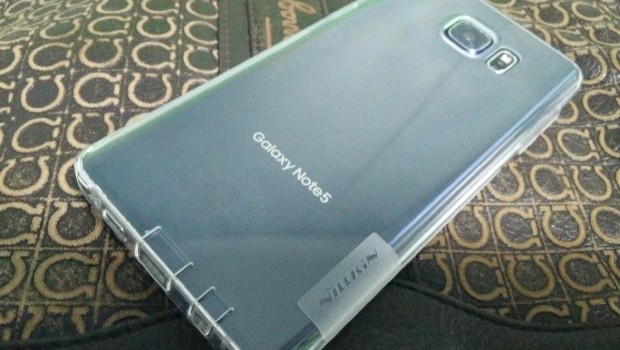 I’m finally back with round two of ‘A Week in Tech’!  Very excited to start doing this again and I hope to keep it going regularly for a while.  Lots of great news this week so let’s get started!

– To start off, I just wanted to say that the OnePlus Two, Moto X Style, Moto X Play and Moto G 2015 were announced this past week!  Check out my articles on OnePlus’ event and Motorola’s event to learn more about these new devices.  Also, in case you didn’t already know, Microsoft’s newest OS, Windows 10, is now available to download for anyone running Windows 7, 8, or 8.1 for free!

– Intel and Micron announced this past week that they developed memory much faster than we are used to and believes it will replace NAND memory.  Now I don’t know much about memory lingo and how it works, but they can prove that this new memory will be 1,000 times faster and have 1,000 times the endurance of NAND – wow, that’s a lot!  Currently they can only store 128GB per die (whatever that is), but hope to increase this number as the technology advances.

– Google Glass has finally resurfaced!  Round two of Glass is currently being distributed to companies for use in the workplace in sectors including health care, manufacturing and energy.  Apparently this new version has a hinge mechanism to attach it onto another pair of glasses, comes with an optional battery pack, and has a longer prism for viewing.  Now, all this is according to The Wall Street Journal as Google declined to comment on this information.

– It was recently announced that Samsung will be holding the next Unpacked Event in NYC on August 13th.  Although the Note series is usually unveiled at IFA in Berlin, rumors expect the Note 5 will be announced at this Unpacked event.  Additionally, it is expected the the bigger version of the S6 Edge, the S6 Edge Plus, will be announced here as well.  Tune in to SamsungMobile’s YouTube page at 11am EST on August 13th to find out!

– With Samsung’s Unpacked Event coming up so soon, there have been a lot of rumors and leaks regarding the Galaxy Note 5.  Good news for you guys because new photos were recently leaked that show off the Note 5 in all its glory.  As you can see from a post on Sammobile, the Note 5 will not have a curved display on both sides like the S6 edge, but rather will have a curved metal and glass back on both sides.  Additionally, it is clear from these photos that the Note 5 will have a full metal frame and a somewhat upgraded S-pen.

– Moving on in the area of future devices… where is the Moto 360 2015 version?  Motorola just had a press event last week and there was no mention of a new smartwatch.  Well, just recently a new Motorola device passed through the FCC which only has WiFi and Bluetooth capability.  Additionally, it literally says right in the ‘Test Report Details’ that this product is in fact a smartwatch.  This definitely proves that the next version of Motorola’s fantastic smartwatch is on its way and I bet they will announcing it later this month or in September.  And you can bet Tim and I will be picking one up!

– Back in 2013, Google basically forced YouTube users to have a Google+ account and to link them in order to leave comments on videos.  Although Google had good intentions with this at the time (to reduce YouTube trolls), Google+ is unfortunately failing and many users were not happy with this merge.  As such, Google recently divorced Google+ and YouTube.  New YouTube users will no longer need to create a Google+ account and from now on comments you post on YouTube will no longer appear on Google+ as well.

– Remember back a couple months ago how a simple text to a friend’s iPhone could cause it to turn off?  Well, that problem just emerged for Android and in a much more serious way.  Apparently all attackers need to do is send you a simple MMS, which can also be deleted without you knowing, to give them full access to your phone and information.  Now not to worry, while this does effect upwards of 950 million Android devices, only those devices using an OS prior to Jelly Bean are most vulnerable.  An update was added to this article on Mashable saying that Google was aware of the exploit and have sent a fix to their partners.  Additionally, they don’t believe anyone has been affected by this and plan to push further safeguards to Nexus devices starting this past week.

– Lastly, I want to talk a little about Amazon’s new drone delivery proposal that they have been working on.  To stay within FAA restrictions, they are proposing having long-range drones flying between 200 and 400 feet up.  The FAA only allows drones to be flown within the pilot’s line of sight, so I don’t know how they are going to bypass that.  But, Amazon plans to have every drone fly the UAV equivalent of a flight plan prior to takeoff to detect for obstacles and such.  Additionally, Amazon wants to create a single network among all drones, from Amazon’s drone to hobbyists’, to allow them to communicate with one-another.

– Amazon is currently hosting a promotion on the Google Chromecast in which you can get a free $10 Amazon gift card with purchase of a Chromecast.  Apparently you have to add both the Chromecast and the gift card to your cart and then you will see the promotional deal – but act fast as this will expire on August 9th!

– The folks over at Alcatel OneTouch kicked off a back-to-school bundle deal putting the Idol 3 and the OneTouch Watch together for a very low $300.  The Idol 3, which is normally priced at $290 unlocked, features a 5.5-inch 1080p display, front-facing stereo speakers, a quad-core Snapdragon 615 processor and a 13MP rear camera.  Hurry up and get this amazing deal on Alcatel’s website or on Amazon – it’s only good until August 9th!

– Not necessarily a device update, but a new version to the Google Play Store started rolling out last week bringing it to version 5.8.8.  Not a big update, but some neat animations were added to the UI!  Grab the apk here!

– The T-Mobile Galaxy S6 Edge got an update last week as well.  The official change-log, which you can check out here, doesn’t say much except that this update will improve various tweaks and bug fixes to improve the performance of the device.