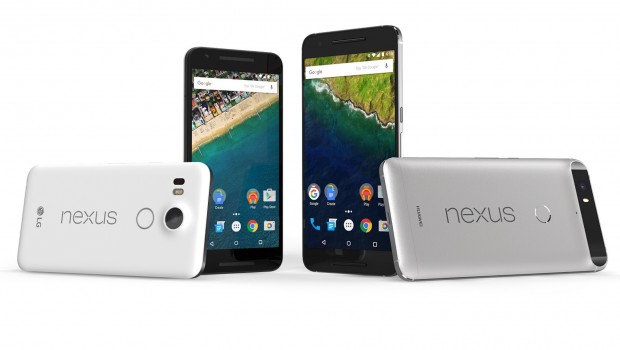 Hello everyone!  This past week we had two big press events – so let’s see what LG and Google brought to the table as well as some other interesting news!

– To start off I want to talk about Google’s big press event they had back on Tuesday where they released a bunch of new products.  Now while we did know a lot about the Nexus 5X by LG and the Nexus 6P by Huawei, we did learn some things from the event.  The Nexus 5X is a direct successor to the Nexus 5 and comes with a 5.2-inch 1920 x 1080 FHD display, a 1.8 GHz hexa-core Qualcomm Snapdragon 808 processor, 2GB RAM, 16/32 GB ROM options with no microSD card slot, 12.3 MP rear camera and a 5 MP front camera, a 2700mAh battery, USB Type-C and a fingerprint sensor on the back.  On the other hand, the 6P is an upgraded version of that with a 5.7-inch WQHD AMOLED 2560 x 1440 display, a 2.0 GHz Qualcomm Snapdragon 810, 3GB RAM, 32/64/128 GB ROM options, 12.3 MP rear and 8MP front cameras, a 3450mAh battery, USB Type-C and a fingerprint sensor on the back as well.  In addition, we also learned about Google’s new Chromecast which now supports 2.4 and 5GHz Wi-Fi and comes with a slick new design and app.  Google also announced the Pixel C Chromebook with some insane specs and the Chromecast Audio which is basically a Bluetooth receiver for any speakers that connects to your Wi-Fi instead of Bluetooth.  Check out Tim’s video on the 5X and 6P here as well as his unboxing of the new Chromecast here!

– LG also had a press event this past week as well where they announced the LG V10 smartphone and the LG Watch Urbane 2nd Edition.  The LG V10 smartphone is an interesting device with a 5.7-inch QHD IPS 2560 x 1440 display, a Qualcomm Snapdragon 808 processor, 4GB RAM, 64GB ROM, 3000mAh battery, and 16MP rear facing and 5MP, dual-lens, front facing cameras.  Now what makes this device interesting it that it comes with a second 2.1-inch IPS Quantum display directly above the main screen which is always on to show notifications, messages and incoming calls.  The Urbane 2nd gen is a pretty nice looking smartwatch with a 1.38-inch P-OLED 480 x 480 display, a 1.2 GHz Qualcomm Snapdragon 400 procesor, 4GM ROM, and a large 570mAh battery.  Besides having a high quality display and a large battery, this device is also the first Android Wear smartwatch to com with its own LTE cellular network capabilities.  No price has been announced for this higher end smartwatch and it appears that only AT&T is on board so far.

– In more Google news, the people under Project Aura, aka Google Glass, recently filed for a patent on a “head wearable display” that would show holograms instead of the flat picture of the current Google Glass.  This augmented reality experience would be much more immersive with a wider field of view and possibly an easier (and maybe more stylish?) to wear headset.  While this patent may never be used, it may be a step in the right direction for Glass and would be good competition for Microsoft’s HoloLens.

– In even more Google news, Google officially finished their restructuring into Alphabet this past week.  As I mentioned in a previous article, Google itself will continue to exist under the leadership of CEO Sundar Pichai, while Alphabet serves as a collection of companies that were Google’s separate divisions – this allows Google to more efficiently manage their teams and in the end create better products for us consumers.  Additionally, Google also announced that they have changed their motto from “Don’t be evil” to “do the right thing – follow the law, act honorably, and treat each other with respect”.  Just a little something showing that Google is evolving.

– Microsoft will be having a press event this Tuesday, October 6th, but it appears they accidentally leaked their new smartphones on their own website.  With this leak came some information about the Microsoft Lumia 950 and Lumia 950 XL.  Both devices will have a Quad HD display, the XL with a 5.7-inch and the regular with a 5.2-inch, both will have a 20 MP rear camera, and both will have 32GB ROM with microSD slot.  No price was given, but we will likely find out more about these devices this week!

– A five-year long patent battle between Google and Microsoft finally came to an end this past week as they decided to end their feud and drop around 20 lawsuits in the U.S. and Germany.  The two companies have been battling each other since 2010 over royalties related to technology in the Xbox console as well as smartphones from Motorola Mobility, which Google owned up until 2014.   According to The Verge, “Google and Microsoft have agreed to collaborate on certain patent matters and anticipate working together in other areas in the future to benefit our customers”.  This is really great to see these two huge tech companies come to agreement and it means even better products for us!

– Unfortunately, Sprint, U.S.’s fourth-largest wireless carrier, is in the middle of transforming itself into a leaner operation under the current CEO Marcelo Claure.  The company plans to cut between $2 and $2.5 billion in costs over the next six months, so that they can pour more money into its own network to increase coverage and service as well as be able to offer lower rates.  While this does sound like a good thing, it also means that some jobs at Sprint will likely be impacted.

– The Asus Zenwatch 2 is now officially available to buy on the US version of the Google Play Store and it’s just $150!  This smartwatch comes in two size, one with a 41mm band and the other with a 37mm band, and comes with a Snapdragon 400 processor, a 320 x 320 display in the bigger model and a 280 x 280 display in the smaller, a 400mAh or a 300mAh battery, Gorilla Glass, and IP 67 water resistance rating.  Head on over to the Play Store now to pick this up!

– This is a pretty cool device I found – it’s called the Wove Band by a flexible electronics company called Polyera.  This device is the world’s first flexible wearable that has a touch screen that can bend and flex repeatedly without damaging the display.  This device is set to go on sale in mid-2016 (no price announced) and will include a 1 GHz processor, 4GB ROM, Bluetooth, and a (I believe e-ink) screen that measures 30mm x 156mm and wraps around a good portion of your wrist – creating a big usable display.  Check out more about this device and see pictures from the source link below!

– Didn’t really see any major software updates this week expect for the minor update Apple put out of iOS 9.0.2 from the previous iOS 9.0.1.  Now don’t get too exited as this doesn’t really add any new features, but rather fixes a lot of the bugs iOS 9 came with when it first released.  Head on over to Digital Trends to see the full change-log!

– The Skype for Android app got an update this past week bringing with it support for Android Wear.  You can now read and reply to new messages from Skype on your wrist and can even take calls from your wrist as well – although it will transfer to your phone of course.  To learn more about this update head on over to Engadget!

– Lastly, Amazon’s Echo speaker picked up some pretty cool new features in its latest update.  If you happen to own a Garageio Smart Garage Controller, then you can now ask Alexa whether you left the garage door open and if so, have her close it.  Additionally, she has gained some political humor as you can have her tell you jokes about the presidential candidates.  Lastly, Amazon says you can now play music from hundreds of additional artists.  Hit up Android Central to learn more! 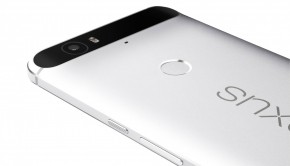