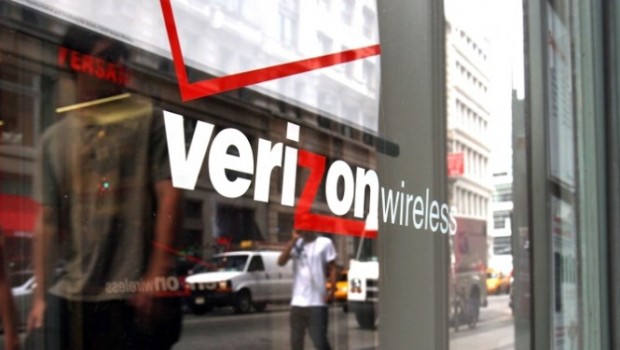 A ton of news this week guys!  So much that I want to share so I am going to make each piece of news as small as possible so you can get a little of everything!

– Alright, probably the biggest piece of news this week is Verizon’s announcement of eliminating cellphone contracts and introduction of its new plans.  Starting August 13th, all new Verizon members will have to choose between four monthly data options: Small  – 1GB for $30, Medium – 3GB for $45, Large – 6GB for $60 and X-Large – 12GB for $80.  As with previous plans, the data can be shared among different devices & accounts and users can contact their local Verizon store for even higher data plans.  On top of that, members will have to pay a monthly “access” fee of $20 per smartphone, $10 per tablet or Wi-Fi hotspot and $5 per connected device like a smartwatch.  While I do believe this adds up to a lower monthly fee, Verizon has also eliminated contracts for their devices.  Meaning that users will, if I understand this right, pay outright the full price of the phone upfront (often $600-$900) or pay the full price in monthly installments over 24 months.  While new members will have to do this, I believe current members can decide to keep using the contract system or buy out their next phone once their current contract expires.  If you do decide to keep using the contract method I believe you will not see a discount in the monthly data and access fees.  Yea, that wasn’t short, but that was the most important and confusing piece of news! Hit up the source to learn more!

– In terms of devices this week there is a lot to cover.  With the release of some new pictures, view-able here, it is clear that the Note 5 will not feature expandable storage or a removable battery.  On the bright-side, there is evidence that the dual-SIM variant will also have a SIM tray that doubles as a microSD card reader – while this is good news, this variant will likely only be available in China.  But, we will be finding out all the details this Thursday, the 13th!

– This past week Asus released a new device which, while is has average specs, has an enormous 5,000mAh battery and is appropriately named the Asus Zenfone Max.  In terms of specs this device will come with a 5.5 inch display, Snapdragon 410 processor, 2GB RAM, 13MP rear-facing camera with laser auto-focus and dual-tone LED flash, and a 5MP front-facing camera.  This device will will enter the market starting in India in October at a yet to be known price.

– Lastly, in terms of devices, it appears Apple’s next wave of devices, the iPhone 6S and possibly 6S Plus, will be announced sometime in early September with the 9th looking most likely.  I feel like I heard that Apple was actually planning on making a 6S mini of sorts as people thought the 6 Plus was just too big with its 5.5 inch display – but take this with a grain of salt.  Additionally, Apple officially got rid of their store.apple.com website and merged into the Apple.com interface – making the experience better for users.

– We all know the Snapdragon 810 was full of issues including overheating and Qualcomm is responding with the soon to be released Snapdragon 820.  While the 820 should fix the overheating issue among others, it appears that its rumored released date of August 11th is not true and we are going to have to wait a bit longer to learn about this processor.  On the other-hand, Intel just announced that they will be bringing their professional-grade Xeon processors to laptops – starting with the E3-1500M v5 family.  These new processors will be insanely powerful for a laptop and will allow new features such as Thunderbolt 3 support, and the ability to drive dual 4K displays and USB-C devices from a single port.

– Some quick YouTube news – this past week they retired the classic ‘301+’ views counter in exchange for a more real-time update of the view count.  The YouTube player on the web got a UI update with transparent controls on the bottom and new animations when clicking those controls.  Lastly, the YouTube for Android app got an update with the ability to edit your uploaded videos by adding music and video filters.

– Amazon Prime members used to be able to share their benefits (and the cost) with up to four friends, but unfortunately, Amazon just announced that you can now only share Prime with one other friend.  With this, both person’s credit cards will be visible to the other person – which I believe is something that wasn’t there before.

– If you have heard of Periscope or Meerkat then you know of the quickly expanding market of mobile-to-mobile live-streaming apps allowing users (often anonymous to the sharer) to view other’s adventures and such.  Facebook is now rolling out its own version of this concept called Facebook Live.  Unfortunately, this is a little different that than the other two options as you can only live-stream from this app if you are a public figure.  But, anyone can view the live-streams and I can see why they did it this way.

– Microsoft announced at Gamescon this past week that they would be rolling out their Windows 10 update to the Xbox One in November.  A major focus of this update was making the experience faster with the release of a new, cleaner dashboard.  Additionally, Cortana will be available and their will be a new ‘community section’ with an upgraded ‘Activity Feed’ and ‘Trending on Xbox Live’ feature.  This update will be available for Xbox One Preview members in September!

– Here are some great deals from Aukey – the same company that made those wireless earbuds Tim recently reviewed.  You can get an Aukey 3-port USB charger with one Quick Charge 2.0 port and two full 2.4A/5V ports for a mere $12.49 on Amazon using code ‘ZP2ATZP2’ at checkout.  Additionally, you can get that charger and a 3-pack of 3.9 foot Aukey microSD cables for just $18.49 using code ‘EF6P4795’ at checkout.

– Verizon and LG are offering a fantastic deal on the LG G4 right now until August 12th.  If you purchase a LG G4 from now until the 12th you can receive a $100 Visa prepaid card just by heading here and filling out the form – as easy as that!

– If you remember last week I talked about how there was a very easy way to have your phone hacked through MMS – well this problem has seen a lot of attention and is known as ‘Stagefright’.  Since it is such a big issue, companies such as Samsung, LG and Motorola have said that they will be rolling out updates to all their major devices with a security patch.  I believe only Motorola and possibly Samsung have announced that they will be doing monthly security updates which carriers can then make available to customers immediately.  Here is a list of all of Motorola’s devices that will receive these updates: Motorola List.

– As such, we saw Verizon this past week roll out its first Stagefright Fix to the Galaxy Note Edge.  It appears that is the only change in this update, but you can learn more on Android Police.

– Lastly, Sprint’s Galaxy Note 4 got an update from Android 5.0 to 5.1.1 this past week.  This update brings with it the Stagefright fix as well as small tweaks and bug fixes.  Learn more about this update on Android Police!