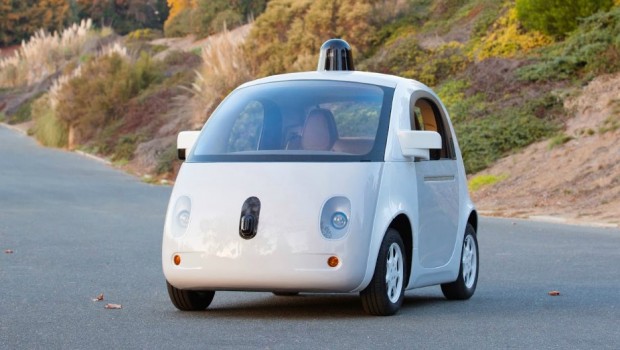 This week was a little slow due to the holidays, but, nonetheless, let’s get to some news!

– Lots of news this week regarding what we are going to be seeing at CES 2015 this year and to start off it appears Samsung will be releasing another camera this year.  This new camera, a successor to the NX300M, will be Tizen based and is dubbed the NX500.  Aside from this camera existing and being released at CES, we don’t know much about it.  It is assumed that it will utilize the same mirror-less setup as the NX300M and will come with a greater resolution.

– Another gadget we will be seeing at CES and is quite interesting, is that of a new range of high end camera-centric smartphones – from Kodak.  Kodak, a company that has been struggling, is announcing a new line of phones with Android 5.0, high-end specs and a heavy camera focus.  These devices are part of a partnership with Bullitt Group in which they will make the devices and then Kodak will basically just slap their name on it.  Kodak also plans on releasing a tablet, another 4G smartphone and a connected camera at some point as well.

– Lastly, for tech we will be seeing at CES is that of a new smartphone from Asus.  Asus released a CES teaser video this past week showing off what appears to be their next flagship device, dubbed the Zenfone.  This device appears to have an emphasis on photography as in one of the teasers there is a shot of a dual-camera setup.  In addition, the device appears to have a similar design to that of the LG G3 with regards to the buttons on the back and it seems this new phone may have a fingerprint scanner on the back as well.  Can’t wait to see this device as CES!

– Google released a prototype of their self-driving vehicle awhile back and just this past week Google finally unveiled a ‘real build’ of this vehicle.  The finished version of Google’s car looks a lot better – from the sensors on top looking more ‘fashionable’ to a lot of the ‘normal’ components of a car put it, such as the headlights that weren’t real before.  Take a look at the featured image above to see what this real build looks like.  I am very excited to see this product expand and become a part of our lives!

– Some fantastic news in the world of smartphones this week is that of Samsung’s announcement that they started mass production of 4GB LPDDR4 RAM modules.  Samsung says that they will be able to delivery these modules by early 2015, but unfortunately, that doesn’t mean we will necessarily start seeing them in devices right away.  But, regardless, when these are implemented they will make a difference when it comes to performance of our devices and subsequently improving the battery life.

– In other interesting news, Google Wallet, as well as other wireless payment systems such as Apple Pay, are now accepted at Disney World.  Yup, it’s true folks, now at most areas in Disney World with POS, such as the souvenir shops or restaurants, you will be able to pay with Google Wallet.  I love seeing these wireless payment systems expand and I hope they continue to do so!

– Apparently, as of recently, there is a hotel industry petition seeking the FCC’s permission to block personal Wi-Fi networks set up in hotel rooms by customers.  This seems kind of ridiculous, but don’t worry – it appears Google and Microsoft are joining a wireless industry lobbying group to oppose this petition.  I hope Google and Microsoft win this battle!  What do you think about this petition?

– Yet another leak has surfaced regarding Samsung’s next flagship device – the Galaxy S6.  As you can see in the source pictures this device, according to this leak, will have an aluminum chassis in a design similar to that of the Galaxy Alpha series.  The leak also suggests that this device will pack a 5.2 or 5.5 inch display, Qualcomm’s new Snapdragon 810 processor and a 16MP camera.  I can’t wait till all these leaks are put to rest when this device is hopefully announced during the Mobile World Congress event in March.

– Next year will bring a whole new line of smartphones and with them, a new generation of processors.  As you might have heard Qualcomm is working on their next processor, the Snapdragon 810 CPU, and they just recently announced that they began testing on LTE CAT 9 carrier aggregation.  This is good news as it means the chip is just one step closer to reaching our phones.  In addition, Qualcomm stated that they were able to complete 3-carrier down-links and reach download speeds of up to 410Mbps.  Lastly, Qualcomm says the 810 chip will contain the LTE-Advanced next-generation modem of which helped achieved these speeds.

– A pretty cool gadget I recently saw is that of a pen dubbed the ‘Power Pen’.  This device puts a pen, a stylus, and a portable battery for your electronics together all-in-one.  One side will have an exposed stylus and when you swivel it a ballpoint pen comes out while the other side, when twisted off, has a lightning or microUSB tip for your devices.  The battery is only 700mAh and the pen will run you about $40.  Hit up Firebox to pre-order it now!

– This past week Nvidia put out an update to their Shield Tablet bringing it to Android 5.0.1.  Nvidia states that this update with bring “improvements in general UI and app responsiveness” and much more.  Hit up Nvidia to learn more!

– This past week Google put out an update to their Nexus 7 tablet bringing it to Android 5.0.2.  In addition there appears to be a lot of other Lollipop updates going out for the Nexus devices.  Hit up AndroidPolice to learn more and get the downloads!