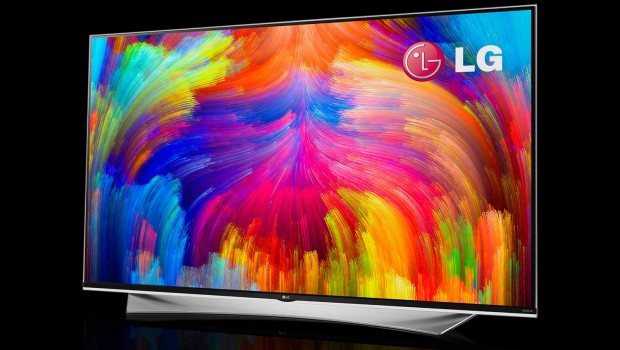 Sorry there wasn’t an episode last week – I was very busy with finals!

– Similar to eBay, Amazon just introduced a new ‘Make an Offer‘ service to their marketplace this past week.  Unfortunately this service will not with Amazon’s products, but rather only with third party sellers.  Currently there are about 150,000 items for users to make an offer on with plans to expand the service.  So get ready for some cheap products!

– This past week T-Mobile announced the return of their 4 lines for $100 promotional deal as well as a 2 lines for $100 deal.  Both of these promos will give users unlimited everthing in what T-Mobile is calling “America’s Only Unlimited 4G LTE” plan.  In addition, T-Mobile is allowing the whole family to get this sweet set of features by allowing you to add up to 10 users on this plan with an additional cost of $40/line past the original 2 lines.

– Google has been working pretty hard on Project Ara and I think a lot of the community is waiting to get their hands on it.  This week brought some more updates to this device including an image of one of its printed circuit boards created for the prototype – if you hit up the source you can see this cool board in which there are multiple “holes” and connectors for the different modules to connect to.  We also learned this past week that Google plans on using NVIDIA’s Tegra K1 processor in the device.

– Some awesome news for us who have to have the best of everything – Qualcomm recently said that the release of their next processor, the Snapdragon 810, is on schedule for launch in 2015.  This came after there were rumors that the 810 had GPU bugs as well as some other issues, but that doesn’t appear to be the case.  Who’s ready for Qualcomm’s first 64-bit processor?!

– In addition to the ‘Make an Offer’ feature Amazon recently announced, they have also announced that users with Prime, and thus Amazon Instant Video, will be able to stream TV shows and movies in 4K!  This is pretty awesome, but just to remind you, I’m pretty sure the TV show has to be recorded in 4K in the first place for that to even work – and what shows are in 4K these days?

– A pretty cool, new technology has been announced that I’m sure will be all over CES 2015 and the web in a few weeks.  This new technology is a new line of TV’s know as “quantum dot” TVs.  These TVs work by harnessing nano crystals ranging in size from 2 to 10 nano-meters – each dot emitting a different color depending on its size.  This technology will supposedly allow a wider color palette and improved saturation compared to LCD TVs.  We know this technology is going to be huge as LG has just announced its first QD-TV with 4K resolution already – 3 weeks before CES.  Can’t wait to see these TVs in person!

– If you haven’t heard Android Wear received a huge update this past week bringing it to Android lollipop 5.0.1.  This update comes with a ton of new features from quick access to new modes such as theater mode to the ability to bring back an accidentally dismissed card and much more.  Hit up Tim’s video to learn more!

– Some interesting news – Amazon was forced by Google this past week to remove their main app from the Play Store.  Taking its place is a brand new Amazon shopping app with the same functionality, but doesn’t include access to Amazon’s appstore.  Apparently, Amazon “used a loophole” to plant its appstore in the Play Store and Google wasn’t too happy about that.  So, Google finally took action and told them to take that portion of their app down.  This clearly shows Google’s attempt to become a “superpower” of sorts.

– This past week brought updates to a few of Google’s apps.  For one, Hangouts was updated to v 2.5.8 – bringing with it stickers, smart suggestions in conversations, time-stamps, and much more!  In addition, Google Wallet was updated to version 8.0 bringing with it the joining of the ‘Gift Cards’ and ‘Loyalty Programs’ sections as well as a bunch of Material Design-type UI changes.

– This past week Samsung announced that they will be merging their telecommunications and electronics divisions together in the U.S.  They will also be assigning resources to different tasks to bolster their competitiveness in the U.S. market.  Samsung will also be rolling their Media Solution Center division into other parts of the company as well.  This is great news for us as this means Samsung will, hopefully, produce better products!

– This past week, Sony decided to showoff their very own version of Google Glass.  This product, known as the Single Lens Display Module, isn’t that much different from Google Glass in terms of hardware, although it does look a lot uglier in my opinion.  The major difference between these and Google Glass is the fact that these have the ability to fit into just about any pair of lenses or shades.  Although this gadget isn’t out yet, it shows the potential of augmented reality is indeed expanding!

– Thought I’d let you guys know that Amazon is currently offering free 1-day shipping on select products.  I believe you have to have Amazon Prime to get this promotion, but if you don’t have Prime you can sign up for a free 30-day trial!  Hit up Techbargains to learn what products this promotion will be offered with!

– This past week Verizon updated their Samsung Galaxy S5 to software version KTU84P.  This update brought with it VPN connectivity issues, a blank SD card error, replacement of Isis Mobile Wallet with Softcard, and much more.  Hit up Verizon to learn more!

– The Google Play Edition of the Galaxy S4 finally got Android Lollipop this past week!  This update is pretty big at 500MB and of course comes with all the goodies of Lollipop.  Hit up Google to download the OTA file now!

– Lastly, Amazon’s Fire Phone received a major update this past week and is reportedly hitting the AT&T and GSM models.  This update brought with it is the ability to use the Firefly feature to translate text, VPN support, the ability to read kindle books in one continuous scroll, improved battery, and much more.  Hit up Amazon to learn more!

One Response to A Week in Tech – Episode 19: Quantum Dot TVs, Snapdragon 810, and More