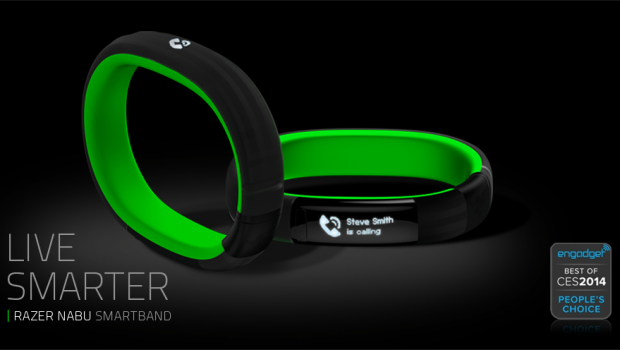 – This week the Gallery and Camera app for Motorola phones have received an update bringing with it the Material Design UI.  This update, which should arrive quickly to the Moto X, Moto G and Moto E, comes with the the UI changes with are used to seeing along with some cool new features – such as a new timer option and the ability to switch cameras with a twist gesture.  Glad to see more developers updating their apps to include Material Design and I can’t wait for more!

– Rumors have been going around talking about a successor to the OnePlus One – the OnePlus Two.  This device is said to maybe not be as affordable (most likely in the $300-$500 range), but it is said to be much more customizable with the ability to change covers on the back to different materials and styles.  Never really understood why this phone got so much hype, but I’m glad they are doing well!

– Google has just rolled out a new feature this past week to Google Search bringing you even richer product information at a glance.  Now, when you search for a product, Google will also display 360-degree views of the product, detailed product information including product reviews and in-store availability.

– A Long-standing partner of Samsung, Milk Studios, just recently sued Samsung over the use of their brand.  Samsung, who is definitely used to law suits, was apparently using the Milk name for its music–streaming services even though Milk Studios asked Samsung to stop back in March.  This is quite unfortunate for Samsung as it appears they might lose their rights to the Milk brand, but, really, who uses Milk anyway?

– This past week Chromecast got even better with the addition of support for seven new apps.  You can now cast media from Comedy Central, Sesame Street Go, Nickelodeon, TuneIN, EPIX, YuppTV and Encore directly to your TV!

– Rumors have been going around recently that Sony is working on another smartwatch to add to their collection, but this time it will be entirely made out of e-paper.  This is quite interesting as it would allow for customization of the watch strap and doesn’t draw that much power, but it will make using OSs like Android Wear quite difficult.

– In some pretty awesome news, you can now finally buy leather and metal strap for the Moto 360 separately off the Motorola store.  The leather bands come in balck, cognac and stone and will run you $30 while the metal bands will come in light and dark hues of stainless steel and will cost $80.  Been waiting to get my hands on a metal band for my Moto 360, but I don’t know if I want to pay $80 for it…

– The long awaited Razer Nabu smartband will finally go on sale this Tuesday, December 2nd!  This device, which went through a long beta period I guess, will run you $100 unless you are a member of the Razer Insider forums in which you might be able to get it for $80.  This device got a lot of hype when it was first announced as it combines both a fitness tracker and notifications into a compact band at an affordable price – hopefully it lives up to the hype!

– Forget about Apple Pay and Google Wallet as it appears Android Pay will soon be coming.  Unfortunately this service will be coming to China first, but hopefully it will make its way to the US.  It doesn’t appear to be much different than other mobile payment options out there as it does use NFC, but anything new from Google is always exciting!

– It appears that we may not have to have those ugly FCC certification labels on the back of our gadgets anymore.  This is due to the fact that just recently Obama signed bill s.2583 – the E-LABEL Act into law – allowing manufacturers to remove the FCC label from their devices and replace it with an electronic version accessible from the phone’s software.  Glad to hear that our devices will be looking just that much better.

– You may remember Amazon’s Fire Phone they release not too long ago with mediocre specs.  Yeah, well now that device is selling for $200 – unlocked.  Amazon has basically admitted to the fact that this device was a failure by doing this.  Hopefully we see better devices out of Amazon in the future!

– I found some pretty neat gadgets this week, one of them being a portable charger for your devices dubbed “Plan V”.  This device is tiny enough to fit on a keychain as all it has is a microUSB plug for your phone and some connectors to plug in a 9V to use as a power source.  Kind of an interesting idea, but who wants to always be carrying around 9V batteries?  Hit up the Kickstarter here to learn more!

– Another interesting gadget I found this week is that of the Nevo Smartwatch.  This device is said to be a “normal” watch with the ability to display notifications and act as a fitness tracker.  As you can see from the pictures in the source, it does in fact look like a regular watch – so I can”t wait to see how it works!

– This past week the Nvidia Shield tablet got an update to Android 5.0 Lollipop.  This update will bring with it Material Design, ART runtime, hardened SELinux, improved battery life, multi-user support and much more!  Check out more about this update on AndroidCommunity.

– This past week, an early build of Lollipop for Sprint’s Galaxy S5 got leaked and you can now, if you wish, flash it onto your device!  This ROM has Samsung’s TouchWiz, but includes all the features of Android 5.0.  Hit up AndroidPolice to learn more!

– This past week Verizon started rolling out an update for their Moto X 2014 bringing it to Android 5.0.  This update will obviously bring with it Material Design along with all the other features of Android 5.0.  Hit up TheVerge for more information!