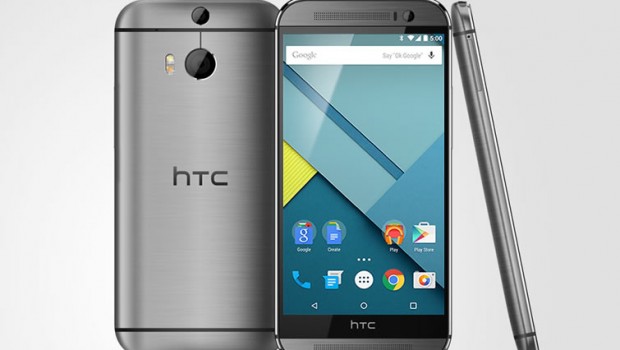 T-Mobile and Sprint have started to roll out Android 5.0.1 Lollipop to HTC One M8 owners. After having a day or so to play around with the update, I was a little disappointed, and I fully expected to be. The update from KitKat to Lollipop is a big one, but most of the major UI changes are noticeable on stock Android devices, but devices that are heavily skinned have only implemented a few features.

HTC’s Sense 6 with Lollipop is essentially the same UI with a few changes sprinkled in. I anticipate that the MAJOR changes will come with Sense 7 and the new HTC flagship. When testing the Lollipop update on the Samsung Galaxy S5, the phone became extremely slow, and the processor was bogged down. I am glad that was not the case with the M8. In fact, if it weren’t for the notification shade and lock screen, I would almost say it’s pretty hard to notice any differences. Here is a list of changes that ARE noticeable.

HTC has added the card style notifications on your lock screen. They are interactive with swipes to dismiss and the pull-down option for more info. This card style motif also carries into the notification shade as well. A swipe down will bring you your notification cards, and another swipe will reveal your quick toggles. 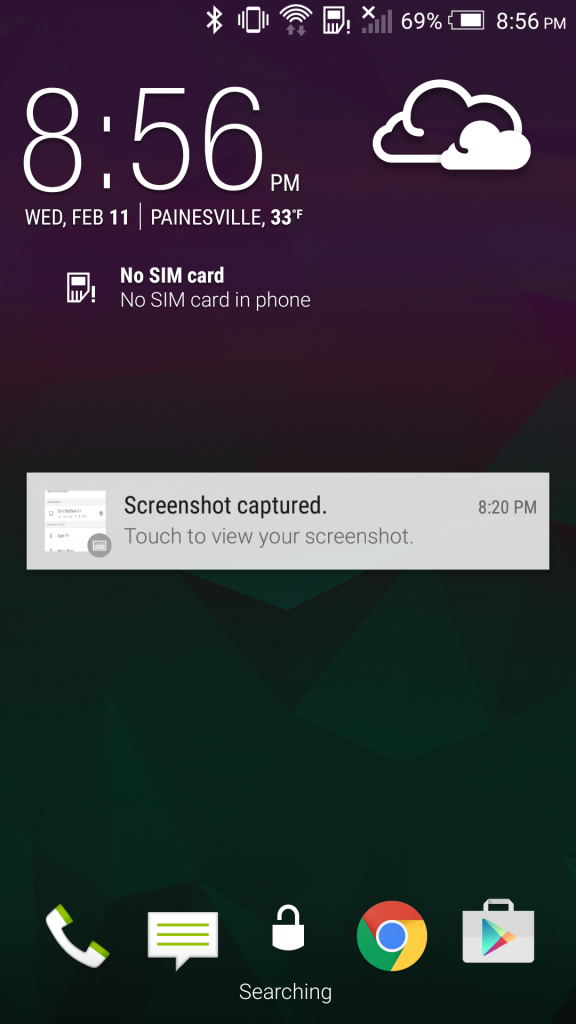 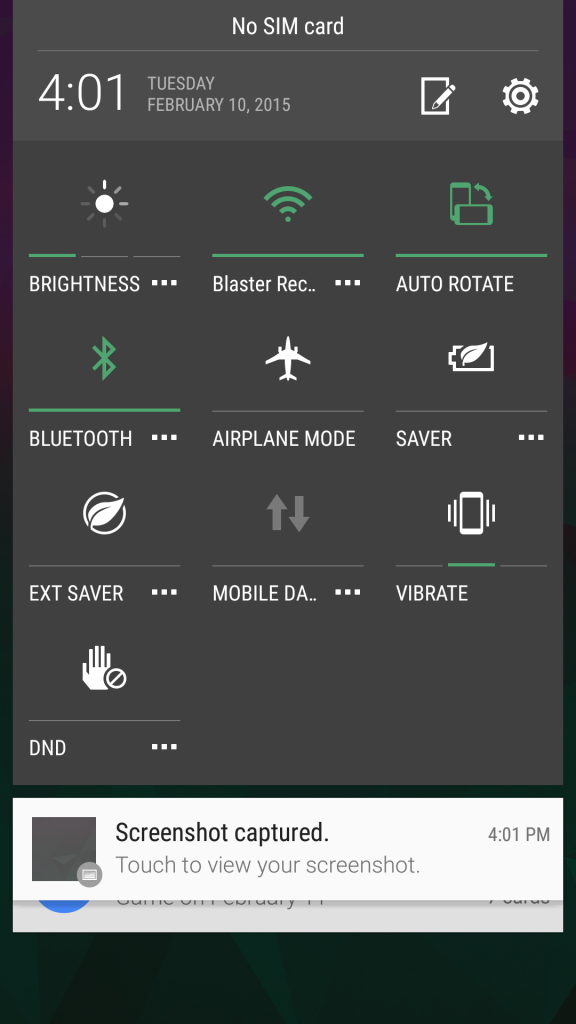 HTC has implemented the card-style multitasking UI that I actually enjoyed the grid view that Sense 6 offered. Grid view fans worry not, they have included a setting to return to that style if desired. They also included screen pinning, which allows your current screen to be pinned down without being able to get out of the screen unless you enter the button code combination. 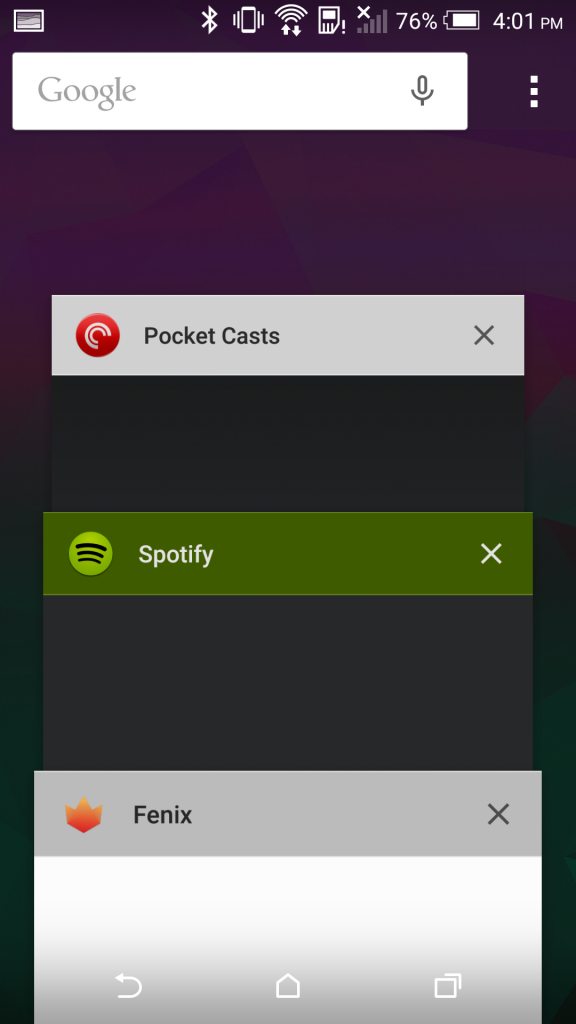 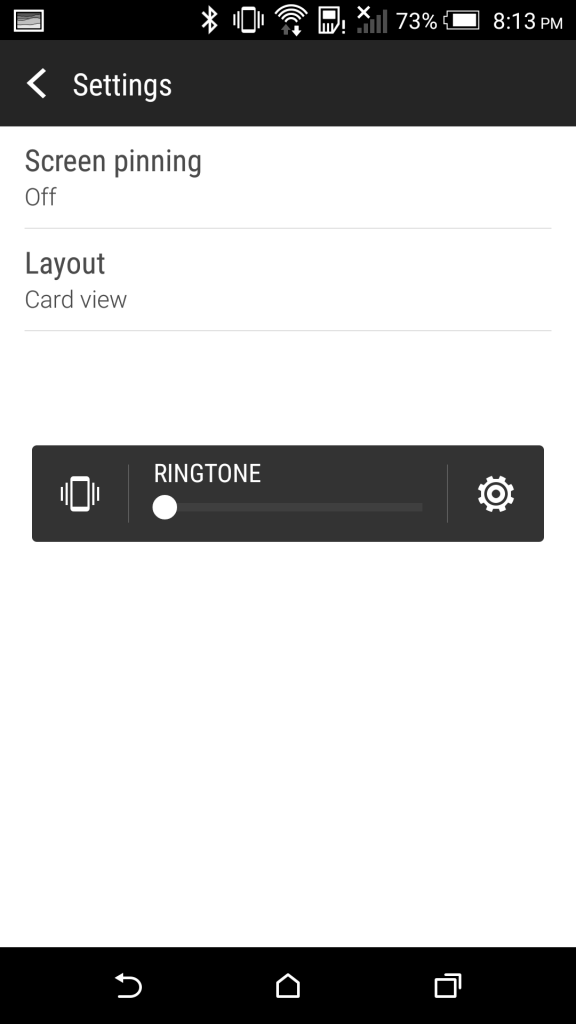 When opening up a stock or Google application, the color of the status bar will change to fir the theme of that app. This is another prevalent feature of Material design and a beautiful touch by HTC. As you can see, the main color for the Google Play Music app is orange, and so is the status bar. 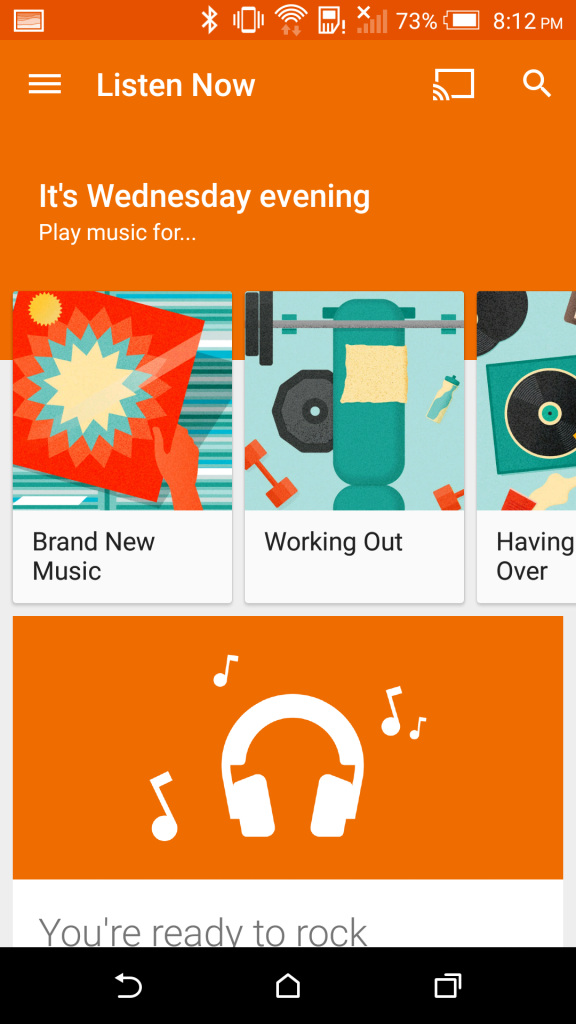 There are a few other minor changes and subtle animations sprinkled throughout but if you’re looking for a complete UI overhaul, you will have to wait for Sense 7. For a more in-depth look, check out Tims video below!