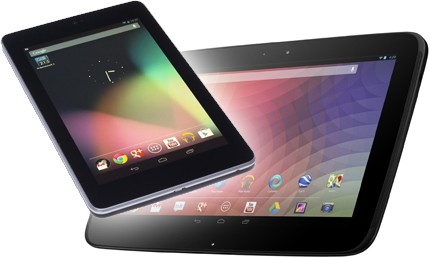 According to the official Android twitter account, the Google Nexus 10 and 7 (2012 and 2013) tablets will be getting the 4.4 KitKat Update today! This is in regards to the wifi only versions of said tablets. The mobile data variants will be receiving the update “soon.”

Stay tuned, Nexus 4 and Nexus 7 versions with mobile data will be getting the update soon! http://t.co/TTRzORl4js

As usual, stay tuned to my website and YouTube channel, as I will be posting tutorial videos to manually update once the option becomes available.