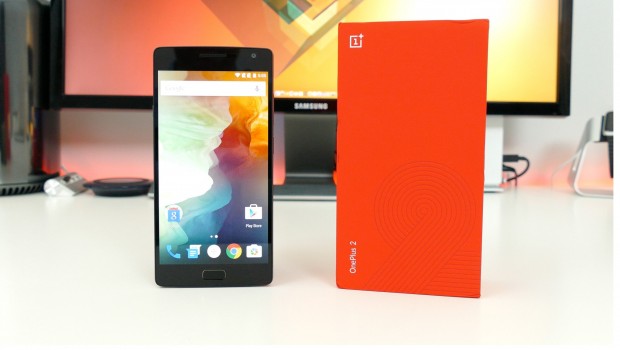 OnePlus cut some visible corners this year to keep the phone under $400 and still offered some premium specs that are featured here on the OnePlus 2. The first corner cut was the packaging. They went with a familiar shaped box and aside from the phone on the inside, you will find some warranty guides and your USB-C cable and wall adapter. The cord is quite long and obviously a bit different looking than most. The coolest feature to me is that the other USB-A side is reversible as well, making it SO MUCH easier to plug into your wall adapter. 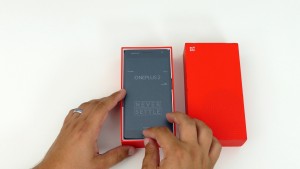 The phone comes in a plastic sleeve listing some of the main hardware components and some OnePlus branding and the never settle slogan. Sliding off the plastic, the first thing I noticed was the sandstone backing because it just has that weird feeling and this time the aluminum siding also stands out upon the first touch.
OnePlus went with a 5.5” 1080p display again this year and at the top you will notice your 5MP front facing camera. Towards the bottom is where a few new things have been added. Now although the capacitive buttons are not a new feature, they have a new look. Instead of going with corresponding back and menu icons, OnePlus went with two dashes, that can be customized. If you prefer the Samsung way and want your back button to be on the right, then you can swap them accordingly. In the center of the two buttons, you will also find your home button and fingerprint scanner. More on the fingerprint scanner later. 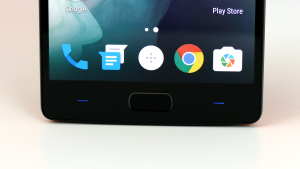 The right side will house your power and volume buttons, and the left is where I think one of the things I am excited about is the dedicated alert slider. For those who might not know, what this slider does is toggle between all notifications, priority, and the no alerts settings. It’s essentially the silent or vibrate button on an iPhone and something that doesn’t usually appear on Android phones for whatever reason. 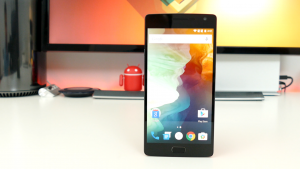 The bottom will house your USB-C charging port, another new addition, and down-facing speakers. The top has your 3.5mm headphone jack. Finally on the back, you will notice a bit of a different design with the new 13MP camera and flash placement but a familiar look and feel of the sandstone black back cover. 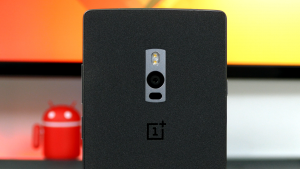 I did order two swappable back covers because, unlike the OnePlus One, this year’s model is MUCH easier to swap out your back plates. For some reason, the OnePlus One required some extra force and an ejector tool but this years model is just like most Android phones, just pop off the plastic and snap the other piece back on. I went with the Kevlar and Darker Wood covers and will order the other two for my full review.
After going through your usual Android setup screens, OnePlus adds a few of their own for some of their software features. Most notably being the ability to use software navigation or capacitive buttons, turning on your favorite gestures and turning on shelf.
Shelf is a new feature for this version of Oxygen Os that gives you quick access to your favorite and most used apps and frequent contacts with a swipe to the right. It’s not a google now replacement by any means but is a good way to clear up some home screen space by putting your most used apps on the shelf.
The rest of the software is pretty close to stock Android 5.1.1, and we will get into the subtle changes in the full review. 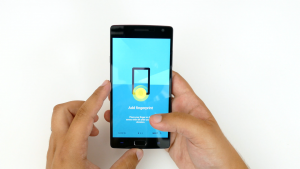 One last thing I would like to touch on is the fingerprint scanner. The scanner is a welcomed addition in my opinion and early use works fairly well. It’s like that of the iPhone, and Galaxy S6 in which all you need to do is place your finger on the home button and the phone will unlock. You don’t even need to wake your phone as the phone will unlock and wake itself right into your lock screen. I will do a more in-depth test and compare it to the iPhone 6 and S6 in the full review but for now, the setup process and functionality is quick and simple.
Share!